Do you have pain in the left ovary? Are you ovulating? These doubts are expected; it is common for women to go to the doctor referring to feeling pain in an ovary. The ovaries are the female sex glands explicitly located in the pelvic region or the lower part of the abdomen. Both are the size and shape of an almond and perform specific functions, such as regulating the menstrual cycle and female reproductive capacity.

Pain in the left ovary can be acute or chronic, depending on its cause. The causes range from typical menstrual pain to other situations such as ovulation and ectopic pregnancy. If you want to know more, we invite you to continue reading this article by FastlyHealabout pain in the left ovary: causes.

Characteristics of pain in the left ovary

The woman has two ovaries that function as female sex glands. They are explicitly located on both sides of the lower abdomen, right and left, and usually the almond size. They work by producing the necessary hormones (estrogen and progesterone) to ensure the proper functioning of the female sexual organs. They are also responsible for releasing the egg monthly during the fertile or reproductive stage of the woman.

A common reason for consulting the gynecologist is ovarian pain; this can vary depending on the related cause, ranging from small punctures to persistent and acute. Generally, the pain is usually temporary and mild and disappears quickly. Otherwise, in the case of chronic pain, it can appear gradually and last for weeks or months.

Ovarian pain is identified in the lower abdominal or pelvic region or below the umbilicus.

The pain you can perceive in the left ovary is related to ovulation. It occurs approximately in the middle of the menstrual cycle or day 14 and manifests itself when the ovum is released from the ovary to the fallopian tube. This is also known as breakthrough ovarian pain. There may be slight bleeding just at this stage in some women, indicating the ovulatory location.

Ovulation is a natural process in which no specific medical treatment will be necessary except to mitigate pain with over-the-counter pain relievers.

Cyst on the left ovary

Another common cause of pain in the left ovary is the presence of cysts, sacs of fluid content that commonly form in the ovary. In addition to pain, other symptoms may appear, such as irregular menstruation, pain during sexual intercourse (dyspareunia), breast tenderness, weight gain, and difficulty in achieving pregnancy.

In the presence of cysts in the ovary, the doctor may indicate contraceptive or surgical treatment to reduce their size or eliminate them if the cyst is more giant. The following article explains the symptoms, causes, and treatment of ovarian cysts.

Ovarian pain can also be the first sign of pregnancy. The pain is similar to eventual menstrual pain. However, it is entirely normal for it to occur in this stage of gestation (the first weeks) because the ligaments of the uterus and ovaries adapt to the body’s internal changes. The intensity of the pain in the ovaries, in this case, is mild and lasts a short time; nausea and headache can also be associated.

For more information, you can consult the article Is it normal to have ovarian pain?

Another cause for which pain in the left ovary may appear is menstruation, a product of the activity of prostaglandins that cause the uterus muscle to contract. It can also be associated with heavy menstruation.

Another frequent reason for pain in the ovary is an ectopic pregnancy right in the left tube. This occurs when the implantation does not appear in the endometrium, but the already fertilized ovum remains in the uterine tube. There will be severe pain and bleeding; the box can eventually break and put the woman’s life at risk. 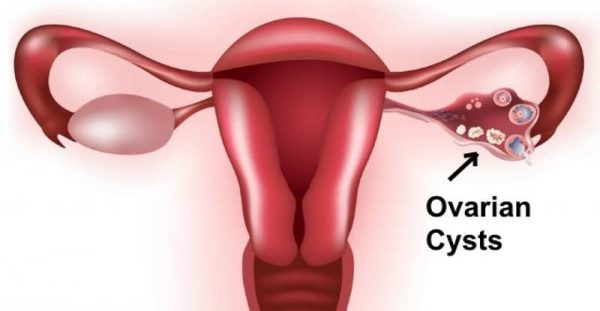 Pain in the left ovary: other causes

How to relieve left ovarian pain

The doctor will indicate the best way to treat pain in the left ovary; however, there may be some valuable measures to calm it:

You can see more valuable treatments and remedies in the article How to reduce inflammation of the ovaries.

Whatever the cause, the main recommendation for ovarian pain is to see a doctor as soon as this symptom begins and other important ones are associated, such as heavy bleeding during menstruation. Your GP can indicate effective treatment depending on the condition to be treated.

If you want to read more articles similar to Pain in the left ovary: causes, we recommend that you enter our category of Female reproductive system.

Why do my ovaries hurt if I take...