The ovarian cysts are benign growths that can be created as a pathological variation of a normal process, such as the woman’s ovulation. The cysts can be of different sizes (from millimeter formations to eight centimeters), although they are expected to measure about two centimeters.

Generally, these cysts do not produce symptoms and are usually diagnosed incidentally in a gynecological examination. However, it can manifest with changes in the rule, with hair growth in various parts of the body or, in more severe cases, with a break in the cyst wall or intra-abdominal bleeding, which would cause a lot of pain in the abdomen general malaise. If you want to know when to operate an ovarian cyst, do not miss this article by FastlyHeal.

Do I have to operate for an ovarian cyst?

Most women who suffer from polycystic ovaries hardly have symptoms, and if they do, they are very mild. In these cases, the cysts usually disappear in a matter of weeks.

However, there are cases in which these cysts become a real problem, where the person’s health is at risk. This is when doctors can consider ​​operating and removing ovarian cysts.

The usual thing to do with an ovarian cyst is to monitor it and repeat the ultrasound scan in a few months to monitor its evolution. However, oral contraceptives may sometimes be necessary to speed up the process of cyst clearance.

After properly exploring your reproductive system, your gynecologist or gynecologist will prescribe the best contraceptive for you and indicate how long you should take it. 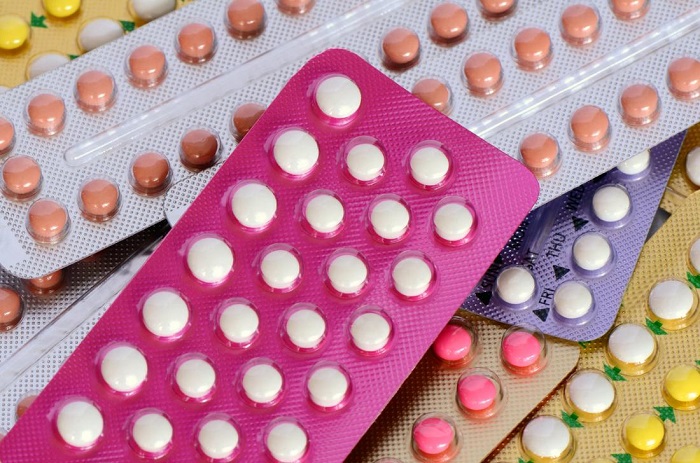 As the wall of ovarian cysts is very thin, it can sometimes break, twist its base or suffer an intracystic hemorrhage, producing acute and intense abdominal pain. It is in these cases that immediate surgical intervention is necessary.

Doctors may also consider an operation to remove the cyst if proper treatment does not make it disappear and the woman continues to have discomfort.

What happens when an ovarian cyst is removed

Typically, removing the cyst does not affect the anatomy of the ovary that developed it, although sometimes the doctor must remove the entire ovary. If the other ovary is healthy, the woman will retain the same hormonal status and the same reproductive capacity.

In more complicated situations, it may be the case that the doctor must remove both ovaries, with which the woman could no longer ovulate or have children.

Ovarian cancer is known as the “silent killer. ” In many cases and in the absence of detecting symptoms in time, when it is known that it is cancer, it has progressed a lot and is difficult to treat. That is why it is imperative to understand the risk factors for ovarian cancer so that you can be more attentive and get check-ups more often.

We are not taking birth control pills.

Birth control pills are an excellent option to reduce the risk of ovarian cancer, so if you have not taken them, you will have a better chance. Birth control suppresses ovulation, and therefore you will be less exposed to estrogens in the course of your life, so you will have less risk of suffering from this type of cancer.

More than half of the cases of ovarian cancer are diagnosed in women older than 60 years, so it is assumed that the older you are, the greater the chances of suffering it since the exposure to estrogens will be greater.

Suppose your mother, grandmother, sister, aunt, or direct relative have had ovarian cancer. In that case, you should be aware because you may also suffer from it since you will have three times more risk of suffering it than another person who does not have this condition in your family. If someone in your family has developed this disease, ask your doctor what tests you should take.

If you are a smoker

If you are a woman who smokes, you are likely to have twice the risk of ovarian cancer (as well as others, such as lung cancer). It would be best if you stopped smoking right now.

You have never been pregnant.

Each pregnancy will lower your chances of getting ovarian cancer. The progesterone component is a protector against cancer. Progesterone is a hormone produced by the ovaries to maintain the health of the uterus and regulate the cycle and carry a pregnancy to term.

Progesterone may be able to induce cancer cells to die. If you breastfeed your baby, you will also be reducing the risk. Therefore, if you have never been pregnant and are over 40, you have a higher risk of suffering from an ovarian disease.

Of course, obesity and lack of exercise are also risk factors. Also, all those women who began menstruating at an early age or whose menopause began later than the average have a higher risk of ovarian cancer.

How to detect ovarian cancer

Ovarian cancer is one of the most common gynecological tumors. It represents 5% of tumor diagnoses in women, a percentage that confirms the importance of early arrest, the best tool to reduce it.

According to the Association of People Affected by Ovarian Cancer (ASACO) data, detecting ovarian cancer in the initial phases places more than 80% of the cure rate. In comparison, phases 3 and 4 reduce to 50%. In addition, early detection of ovarian cancer and its removal by surgery increases the chances of survival at five years to 90%.

However, early diagnosis remains the pending issue regarding this disease. For this reason, ASARCO has made available to all women new information material on this disease that can be found on its website.

Some symptoms of ovarian cancer can be mistaken for digestive problems :

To make this pathology more visible, of which more than 3,000 new cases are diagnosed each year in Spain, and to raise awareness about the importance of early diagnosis, ASARCO has made new information material available to the entire population consisting of a notebook that collects the main characteristics and aspects of the ovarian tumor and provides introductory advice to help patients and families.

In addition, the Treatment Diary has been prepared, with information on the effects of the therapy and with which it is intended that the patient can write down their emotions and how they live the day-to-day treatment.

If you want to read more articles similar to When to operate on an ovarian cyst, we recommend that you enter our category of Female reproductive system.

Why do my ovaries hurt if I take...