Is it normal to spot after menstruation?

A normal menstrual cycle shouldn’t have bleeding after the period is gone. Simple causes such as changes in taking birth control pills, more careful such problems as pregnancy, or more complicated diseases such as liver problems and tumors of the genital area can cause you to spot after your period.

Learn more about the female menstrual cycle, the causes of breakthrough bleeding, and what to do if you have it in the following FastlyHeal article: is it normal to spot after menstruation?

Is it normal to spot after the period?

The menstrual cycle consists of several stages, quite different from each other, each influenced in a particular way by hormones. These phases occur as explained below, as long as they are regular cycles, that is, in a woman who menstruates every 21 to 35 days, which is normal.

The first phase, called follicular, lasts about 14 days and goes from menstruation until ovulation. The bleeding during menstruation can last between 2 and 7 days, and the amount will be more significant or more minor. This varies according to each woman. This occurs because a part of the uterus is detached, which an embryo should have nested if a pregnancy had occurred the previous month, but since it was not the rule drops.

After the period is gone, a hormone called luteinizing begins to increase, responsible for ovulation around day 14.

From that moment, other hormones will prepare the uterus for the nesting of an embryo, waiting for the egg that came out of the ovary to be fertilized by a sperm, which can happen in unprotected sexual intercourse. That uterus will thicken more and more for another 14 days until the next menstruation. This entire period is called the luteal phase.

On the 28th day, if the pregnancy did not occur, the hormones drop significantly, sending a signal to the uterus, causing it to detach the part intended to take care of the embryo, producing new menstruation.

As you can see, in a normal female cycle, there is no possibility of bleeding in the middle of the period or intermenstrual bleeding. Let’s see next what can cause bleeding between rules. 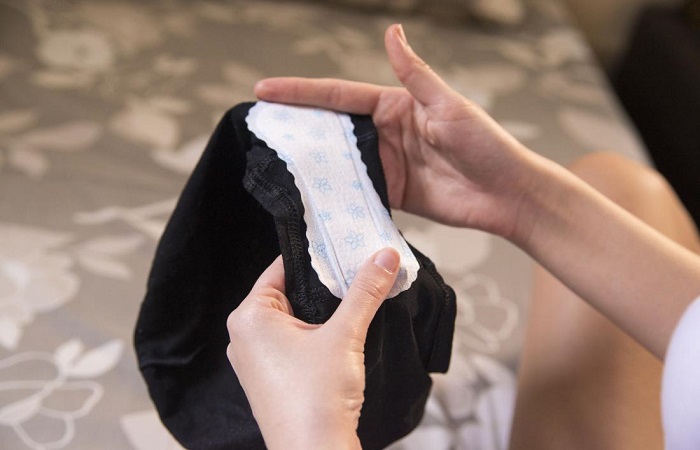 Causes of spotting after menstruation

Different reasons can cause you to have a minor breakthrough bleeding:

What to do in case of spotting after menstruation

The causes of bleeding between periods are very varied, some very slight but, as we have seen, others are complicated.

The most important thing if you spot after your period is to consult your trusted doctor or gynecologist. The cause is likely mild and benign, but it is essential not to delay more complicated diagnoses since the earlier solution is usually more effective.

However, consult your doctor if the bleeding is very profuse and you have pain or fever.

If you want to read more similar articles, is it normal to spot them after your period? We recommend that you enter our category of Female reproductive system.