Discomfort in the belly area during menstruation is joint in many women. Still, sometimes this ailment occurs weeks before the period and is usually related to the ovulation process, with the maturation and expulsion of the ovum from the ovary. Intermenstrual pelvic pain is called these complaints, and about 1 in 5 women suffer from painful ovulation.

Because the release of the egg alternates between the ovaries, discomfort can be felt on one side of the lower abdomen in one menstrual cycle and on the other in the next cycle. Symptoms of ovulation discomfort include pain of varying intensity and duration. Some feel like pins and needles or cramps. There could also be inflammation or swelling in the area and light vaginal bleeding.

Often, pain during ovulation is joint and not severe, whose discomfort disappears between 24 and 48 hours. However, it may appear as a symptom of specific pathologies in some cases, and if they are not treated, it will repeat itself in each cycle. For this reason, if you want to know more about the causes of painful ovulation, at FastlyHealwe wish to inform you about it.

For ovulation to occur in the menstrual cycle, a phase first occurs. The one with the largest size is selected from among all the follicles and secretes a substance that inhibits the other follicles from disappearing. Later, for the proper development of the ovum, the hair begins a series of changes as it continues to grow until the moment of ovulation, reaching an approximate diameter of between 20 to 24 mm.

Although it is a normal condition, sometimes the follicle, when growing or overgrowing, causes the ovary membrane to abruptly extend beyond its capacity, being one of the causes of pain in the lower abdomen in the middle of the stomach. Menstrual cycle.

Segregation of fluid from the ovarian follicle

If you suffer from painful ovulation, it is probably because the ovum has been expelled from the follicle to reach the fallopian tubes, which, when rupturing, also releases a small amount of fluid and blood that it contains.

In general, these substances are absorbed again, but sometimes before this happens, they can irritate the nearby tissue. So pain or discomfort is generated in the abdominal area, being the most frequent cause of this condition.

Pelvic inflammatory disease or PID can be a cause of pain during ovulation. Mainly, it is a complication of some sexually transmitted diseases. However, it can also occur when placing the intrauterine device or IUD or by exploration procedures of the uterus, such as hysteroscopy.

It occurs when infectious agents, especially chlamydia bacteria, increase their population and spread from the vagina, the uterus to the ovaries and could even affect the membrane that covers the abdominal cavity. These microorganisms cause inflammation, pain, and tissue damage, which among its various symptoms, increases the intensity of discomfort at the time of ovulation.

You can find out in detail about this condition by consulting the article Pelvic inflammatory disease: symptoms, causes, and treatment.

The ovarian cyst is a sac that contains fluid and is often caused by a hormonal alteration. There are several types of ovarian cysts. The most common is the follicular type and occurs when at the time of ovulation, the follicle that contains the ovum does not rupture, so it continues to grow and accumulate fluids inside it. Cysts can also arise during the absorption of the ruptured follicle, which closes again and stores fluids, increasing its size.

Ovarian cysts mostly show no symptoms and usually go away on their own within a couple of months; however, they can break during ovulation, causing pain of varying intensity in the belly area and, in a few cases, is accompanied by bleeding. 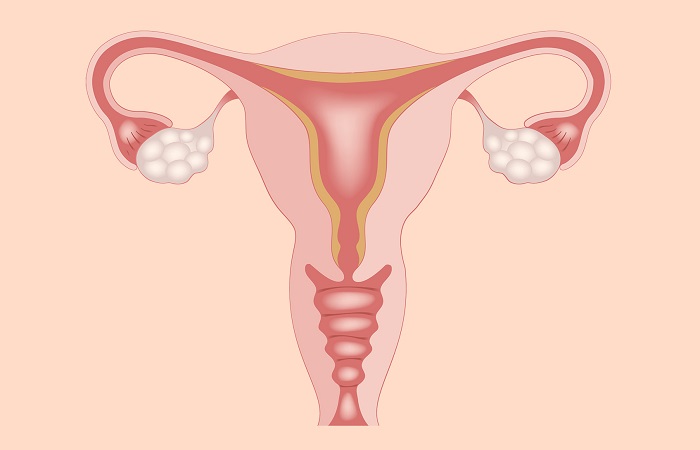 Another cause of painful ovulation is endometriosis, which consists of the endometrial cells of the uterus growing in other parts outside of it, including the ovaries. The cause is unknown, and there is no treatment to cure it, only to lessen the symptoms.

Although this disease is characterized by severe pain during menstruation, it is also possible that such abdominal discomfort begins as soon as you ovulate. This is because the cells retain their function in the menstrual cycle, so they start to thicken at ovulation like the endometrium in the uterus to detach later, causing pain or even cramps in the area. In addition, this thickening, together with the growth of the ovarian follicle, can stretch the ovary membrane, favoring more ailment.

Most ovulation-related pains are not severe and tend to go away soon; However, when these are very acute, last more than 2 or 3 days, or you have adverse symptoms, including fever, excessive vomiting, inflammation in the abdomen, heavy vaginal bleeding, or pain when urinating, you need to see a doctor determine the cause and grant you the indicated treatment.

On the other hand, although it is a condition that cannot be prevented, you could reduce the intake of salt, caffeine, and sugar in the middle of the menstrual cycle to minimize it; In addition, there are some home remedies for painful ovulation that can help you reduce discomfort and that you could also use as an accompaniment to a specific treatment, mainly:

If you want to read more articles similar to Painful ovulation: causes, we recommend that you enter our category of Female reproductive system.

Pain in the clitoris when urinating: causes