Why do I have a lot of vaginal discharge

Any discharge produced by the cervix glands expelled by the external female genitalia is known as vaginal discharge. This fluid fulfills an essential function in the female body. It is created to prevent vaginal infections since its expulsion and hydrating the vagina helps eliminate excess bacteria, dead cells, and germs that can concentrate in the area. Intimate.

Vaginal discharge can change in smell, color, consistency, and quantity depending on the menstrual cycle phase in which the woman is. Generally, fluid is considered normal when it is light in color and does not smell foul. However, the amount of discharge and the color of the release may vary from woman to woman. Any change in the flow can represent a concern for the woman. However, the production of abundant flow is not usually associated with significant complications that can put the woman’s health at risk. In this FastlyHealarticle, we answer one of the most common questions among women: why do I have a lot of vaginal discharge? , keep reading us and discover the possible causes of this condition.

Vaginal discharge comprises secretions from the vagina and cervical mucus production from the cervix. Its amount is determined by the levels of the female hormones estrogen and progesterone in each woman. These hormones can vary in concentration depending on the stage of a woman’s life and according to the phase of her menstrual cycle, which directly influences the amount and appearance of vaginal discharge. For example, when the woman is fertile, it is normal for her to secrete fluid during ovulation and days before menstruation, however, when the woman reaches menopause, hormonal production ceases, and the vagina begins to suffer from preciseness dryness, by the absence of vaginal discharge.

The days before menstruation represent the phase of the cycle where the woman may notice a tremendous amount of vaginal discharge since the concentration of female hormones is abundant. The excess flow will again be evident in the follicular phase, before ovulation, when the ovaries secrete the hormone estrogen so that it can thicken the endometrium so that the uterus is ready to host an egg.

In the follicular phase of the menstrual cycle, where the woman has abundant flow, the discharge is transparent, and the texture is similar to that of an egg white. The days before menstruation, it is normal for the release to appear a little darker and with a thick or sticky consistency. During both phases of the cycle, you may notice a more significant flow after doing some sporting activity.

As long as the excess flow retains the aforementioned characteristics, it does not represent any warning sign for health. Remember that the significant changes are associated with color and smell, not so much with quantity. Here are other conditions and situations in which a woman can have a lot of vaginal discharge. 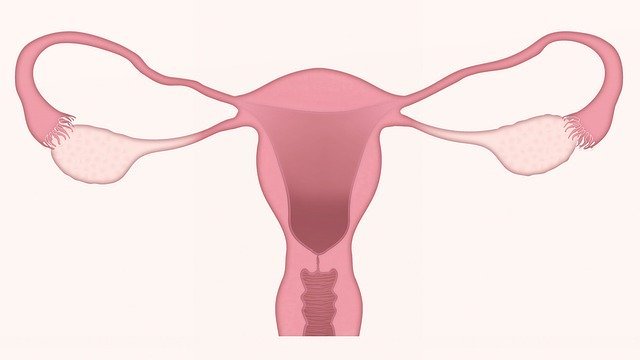 As you should know, any physical or emotional alteration can affect the menstrual cycle, intervening, for example, in increasing the production of vaginal discharge or modifying its characteristics. The truth is that there are three factors that in women can awaken multiple changes: pregnancy, stress, and sexual relations.

During sex, the amount of vaginal secretions increases due to arousal and stimulation. When the woman is pregnant, one of the changes that her body goes through is the increase in the production of the hormone estrogen, which almost automatically increases the amount of fluid. In fact, as the delivery approaches, the woman may show considerable excess vaginal discharge.

As for stress, we must mention that it is a condition that can alter any process in the human body. Love breakups, financial problems, overwork, and frustrations can stress a woman so much that she begins to present alterations in her cycle that make her discharge a lot of vaginal discharge.

Some vaginal infections can cause heavy vaginal discharge accompanied by other symptoms such as itching, foul odor, burning when urinating, redness, and fluid discoloration. These infections are caused mainly by bacteria or yeast due to a change in vaginal bacterial flora, taking antibiotics, or using scented products, douches, or soaps. Among the vaginal infections that can answer the question of why do I have a lot of vaginal discharge, we find:

It is caused by the proliferation of the candida Albicans fungus in the vagina due to climate change, excess moisture in the vagina, and any condition that affects the woman’s immune system, such as pregnancy, flu, and the consumption of contraceptives. Candidiasis is easily recognized because the discharge is white and cottage cheese-like in consistency and is accompanied by burning, itching, painful intercourse, discomfort when urinating, and swelling or redness of the vulva.

Also known as bacterial vaginosis, it is one of the most common vaginal infections, and its cause is unknown. Produces excessive yellowish discharge, foul odor, especially after sexual intercourse, burning, itching, painful urination. The flow can also be gray.

It is a sexually transmitted infection and is characterized because the discharge is green in addition to being abundant. This infection, like Gardnerella, must be treated with antibiotics to eliminate the bacteria that produce it.

When is vaginal discharge abnormal?

As you may have noticed, having a lot of vaginal discharge does not always represent any sign of severe disease. However, there are other characteristics that this discharge can adopt that are important to take into account and recognize in time to avoid significant complications. Vaginal discharge is abnormal when:

If you want to read more articles similar to Why do I have a lot of vaginal discharge, we recommend that you enter our category of Female reproductive system.

Why do I get a lot of flow like water