How long does your period last after delivery?

Being pregnant implies a series of changes in the woman’s body, especially in the hormonal concentration that seeks the well-being of the baby’s development. But when the delivery time approaches, several doubts arise, mainly in new moms, such as whether natural or cesarean delivery is better, how long it takes for recovery, or when the menstrual cycle normalizes.

It usually takes several weeks for the body to regain its physical condition and normalize its system, but as the months go by and the menstruation is not present or is different from what it was before the pregnancy usually causes uncertainty in the new mother. This makes many wonder how long the period lasts after childbirth and, therefore, in the following FastlyHealarticle, we will clear up this and other doubts in this regard.

It is common for many women immediately after giving birth to think that the vaginal bleeding they present is about the return of the menstrual period, but this is known as postpartum bleeding. It is a very natural condition, with a very different function, of menstruation.

While the rule consists of the discharge of the endometrium and the unfertilized ovum to start the cycle again, postpartum bleeding is the expulsion of the remains of the placenta that remain after giving birth. Therefore, it is common to feel contractions or cramps in the belly.

Responding to the question about “how long does the period last after childbirth?”, Having already clear that it is not the period, we see that it is another of the differences. Specifically, this bleeding lasts longer than menstruation, approximately it disappears 6 to 8 weeks after delivery, in contrast to the 3 to 6 days that menstruation usually lasts.

Also, the amount of blood discarded is more tremendous in postpartum bleeding, especially in the first four days. Another characteristic to differentiate them is the color of the blood since its coloration is dark red or brown at the end of the period. At the same time, the bleeding after childbirth begins with a bright red color. It loses intensity to a pinkish-red and ends as a whitish discharge called lochia.

This condition does not cause significant discomfort if medical control is taken. However, if there is tachycardia, excessive sweating, dizziness, shortness of breath, paleness, decreased urine, excessive vaginal bleeding, extensive clots are expelled, or the color of the blood does not decrease after four days, it is essential to go immediately to the doctor as it may pose a health risk.

Menstrual cycle after childbirth and lactation

Since the baby has been born, the moment in which the menstrual cycle begins again and the duration of the period after delivery are not specific; this varies depending on certain factors, such as the woman’s genetics, the amount of bleeding during childbirth, and especially breastfeeding.

Breast milk secretion is activated by prolactin, a hormone produced in the anterior pituitary. This hormone is closely related to estrogen and progesterone, both known as sex hormones, whose functions include regulating the menstrual cycle. Although prolactin is present in high amounts before delivery, a higher concentration of sex hormones inhibits milk production.

However, after giving birth to the baby and the placenta is expelled, sex hormones decrease, prolactin rises, favoring milk production. Likewise, the suction of the nipple when breastfeeding the baby stimulates a greater secretion of prolactin, which keeps the functions of estrogen and progesterone in the menstrual cycle inhibited; therefore, there is generally the absence of menstruation during lactation.

If the woman feeds the baby exclusively with breast milk, in most cases, the period returns after six months, when it is recommended to start with complementary feeding. This is because by breastfeeding less, prolactin production decreases, and sex hormones gradually increase, stimulating ovulation and the return of menstruation.

Since an important factor is the amount and duration of milk feeds per day, it is possible that even with breastfeeding alone, some women may have their period in the first few months. Also standard are cases in which menstruation is absent for a year or even two years if the woman continues to breastfeed the baby. However, it is essential to go to medical check-ups to control.

On the other hand, if the baby is not breastfed and his diet is based on formula milk, the sex hormones appear in average concentrations and restart their functions since there is no stimulation in prolactin. Even so, menstruation does not appear immediately since the body needs to regulate itself, and it is from a month and a half after delivery that menstrual bleeding may appear. 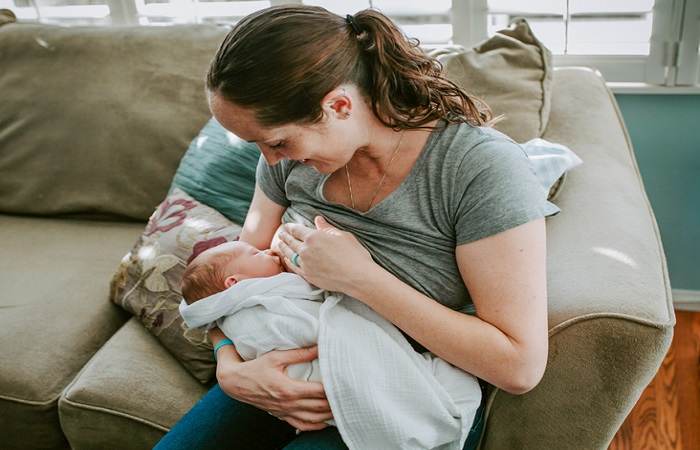 After delivery, the first period appears when the hormonal balance is normalized after childbirth, and the menstrual cycle is restored. Still, it is common for many women to worry when they notice it is different from before pregnancy. However, it is expected not to present the typical characteristics in the first periods.

Just as the body needs to adjust again for the menstrual cycle so that the blood flow of the period is regularized, several months can pass, and this also makes many women wonder how prolonged menstruation lasts after childbirth, but this is very variable and comes to be different for each case.

The first periods after giving birth are usually irregular, heavy, and prolonged periods, although they could last from 2 days to a week. Also, blood flow characteristics may feel different from before pregnancy, and there may even be changes in premenstrual symptoms. For example, you may get headaches that did not appear before or that menstrual cramps decrease if you suffered from that. The rule also becomes regular if they were irregular before pregnancy.

These conditions are considered normal; however, it is vital to see a specialist if there are bleeding or weighty periods if symptoms such as dizziness or paleness are suffered, as it could cause anemia. 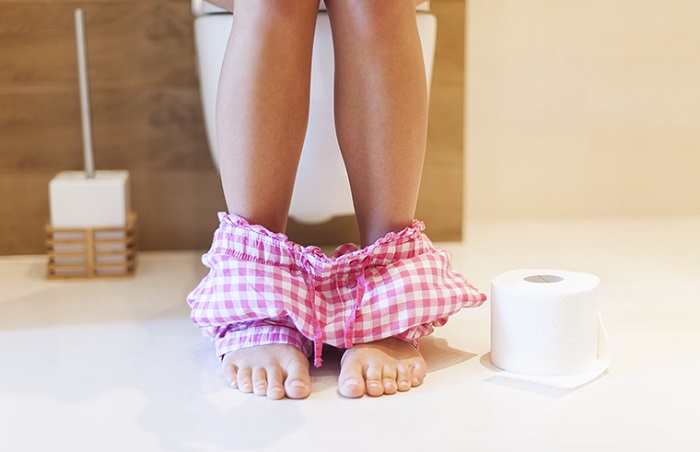 Have sex after childbirth

Many couples consider the stage of exclusive breastfeeding as the ideal time to have unprotected sex because the menstrual cycle has not been restored. Although the probability of pregnancy decreases by 98% to the first menstruation, there are cases where it does not happen this way.

Although the cases are few, it is possible that even when the baby is being fed only with breast milk, the woman initiates ovulation in the first months after delivery, without presenting other symptoms or without significant menstrual bleeding. Therefore, if you want to resume sex with your partner and there are no plans for pregnancy soon, it is essential to use a contraceptive method, which you can consult with the specialist to recommend the best strategy for your needs.

If you want to read more articles similar to How long does the period last after childbirth, we recommend that you enter our category of Female reproductive system.