Can You Get Pregnant from Pre-Cum?

Pre-cum is a substance that the penis secretes before ejaculation and male orgasm and is also known as pre-ejaculatory fluid or Cowper’s fluid. The function of this fluid is to neutralize the acidic environment of the urethra and protect the sperm that travel through the urinary tract.

Most sexually active women, who are not looking to conceive, often ask themselves: can I get pregnant with precum? A question whose answer depends on many aspects, among which the existence of a previous ejaculation and the use of coitus interruptus, or reverse, as a contraceptive method stand out. In this FastlyHealarticle, you can learn more about whether there is a risk of pregnancy through pre-ejaculation.

Can I get pregnant with precum?

Many women often ask themselves, ” does precum make you pregnant?“There has been a lot of talk about the possibility of a pregnancy caused by precum. The truth is that this substance contains a meager amount of sperm that makes it very difficult for the ovum to be fertilized, even in some cases, the present may or may not have sperm. However, there is a detail that must be taken into account: the precum may be in contact with the sperm from a previous ejaculation, which, at the time of secretion, may carry a more significant number of sperm and, if the woman is in suitable conditions, produce a pregnancy, that is, if a man ejaculated and then has another sexual act, this precum does likely contain a greater quantity of sperm derived from the previous ejaculation. 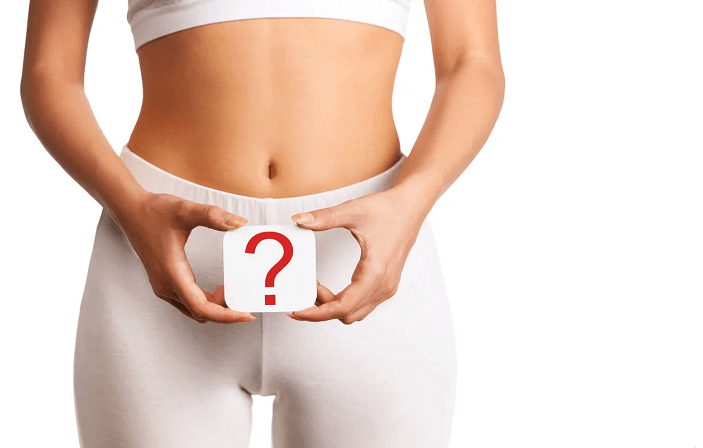 Very few studies have been carried out on the possibility of pregnancy through precum; however, one of them found that 11 out of 27 men had sperm in Cowper’s fluid. In addition, this liquid represents a more significant risk when it has been previously ejaculated, and coitus interruptus is used as a contraceptive method once there is penetration. The penis secretes the precum with sperm, and there is nothing that can prevent going back to decrease the chances of a pregnancy.

But, while it is true that the precum can contain active sperm, even thousands of sperm, the risk of pregnancy is much lower than when a complete ejaculation occurs through penetration and without protection. Getting pregnant from precum is possible, but it is challenging. For this reason, experts do not consider the reversal method as an effective alternative to birth control.

Why can precum contain sperm?

Pre-cum may have sperm because this substance is produced in Cowper’s glands, hence the name Cowper’s fluid, which are found under the prostate, the male organ that produces sperm. Although these glands do not have any connection with the prostate, in the seminal pathway, where the presemen also flows, sperm can be found, which can be dragged by Cowper’s fluid into the vagina during penetration before orgasm. Male.

That is why it is essential that men use a condom as a prevention method and put it on before starting sexual activity. Still, it is necessary to prevent unwanted pregnancies and prevent sexually transmitted diseases since precum is a body fluid that may be contaminated with HIV or HPV if the man suffers from any of these conditions.

Doubts about the precum

Pre-cum is present in most sexual intercourse and appears suddenly during male arousal. This fact implies that said substance may be present, with sperm or not, during the foreplay and initial stimulation, which undoubtedly raises many doubts that here at FastlyHealwe have decided to respond, taking into account its frequency of search in the leading Internet browser.

Yes, this is undoubtedly a scenario that increases the risk of getting pregnant. Still, as we explained earlier, the amount of sperm in the present may be so low as not to fertilize the ovum. Likewise, one must always consider which part of the female cycle the woman was during sexual intercourse because if there is no egg or she takes birth control pills, the risk is almost nil.

A pregnancy without penetration is practically impossible. However, the precum that comes into contact with the vulva can be a source of transmission of sexually transmitted diseases.

Pregnancy is possible as long as the woman is in ideal conditions and the penis enters the vagina and secretes precum or semen. If the woman does not know which part of her cycle it is and the man does not know the moment of the arousal his penis secretes the present, then it is better to use a condom.

How can I recognize precum?

It is a usually transparent substance that appears on the tip of the penis long before it ejaculates. It is a thin liquid and is usually not as abundant as ejaculation. Sometimes there may be no precum before ejaculation. Instead, semen is white or grayish, and each milliliter contains thousands of sperm.

The only function of semen is to transport sperm from the prostate to the inside of the vagina through ejaculation. For this reason, during sexual intercourse, up to 2 million sperm can be thrilled if the man does not have any condition that decreases or compromises fertility. If once you know how to differentiate between the two fluids, there is a doubt that you have become pregnant due to precum, it is best to wait for at least 12 days after the sexual intercourse took place and perform a pregnancy test to check rule out the suspicion.

In the same way, it is essential to explain that the most fertile period for a woman whose cycle is 28 days is during the days 14 and 21 since the last period ended, the exact moment in which the ovum is in the uterus waiting for be fertilized. These days are when more precautions should be taken to avoid unwanted pregnancies. It is even recommended to use a condom during sexual intercourse in a fertile period and whether the woman is taking birth control pills.

If you want to read more articles similar to Can, I get pregnant with precum? We recommend that you enter our category of Female reproductive system.