Can I Drink After Taking the Morning After Pill?

The morning-after pill is an emergency contraceptive to prevent pregnancy, then have unprotected intercourse. Although it has been controversial in many countries, its use has become popular in recent years, including presentations that can be purchased without a prescription.

There are many doubts regarding the operation of this contraceptive and the conditions on which it can be used. A common question is whether I can drink alcohol if I have taken the morning-after pill. At FastlyHeal, we answer this and other questions on the subject.

How does the day-after pill work

One of the most important things about the morning-after pill is knowing that it can be used up to 5 days after intercourse. However, the sooner it is taken, the more effective it is. Emergency contraceptives prevent pregnancy and do not cause abortion when a fetus is already formed.

The morning after pill acts on the ovary, inhibiting the production of eggs. In this way, even if the sperm is inside the woman’s body, it will not do its job. Given that most women do not know when they ovulate, the use of contraception should be the closest thing to sexual intercourse.

¿ When does it affect the day after pill? Some of the main reasons are:

In the following FastlyHealarticle, we talk about how long you can take the morning-after pill.

When to use the morning after pill

There are two types of emergency contraceptives on the market, the most common being the morning after pill, while the other is the ParaGard IUD. In the medicine case, there are two presentations, one that includes ulipristal acetate and the other with Levonorgestrel. The first of them requires a medical prescription for its acquisition.

Emergency contraception is recommended for when you have had unprotected sex and have been the victim of rape. Although, in some cases, they represent a significant expense, some women have chosen to purchase it and keep it in the emergency kit.

Another consideration for using this type of contraceptive is if there has been a problem with the usual prevention method. When the condom has been broken during sexual intercourse or ejaculation starts inside the vagina. It is essential to remember that the morning-after pill does not prevent sexually transmitted diseases in any of these cases. 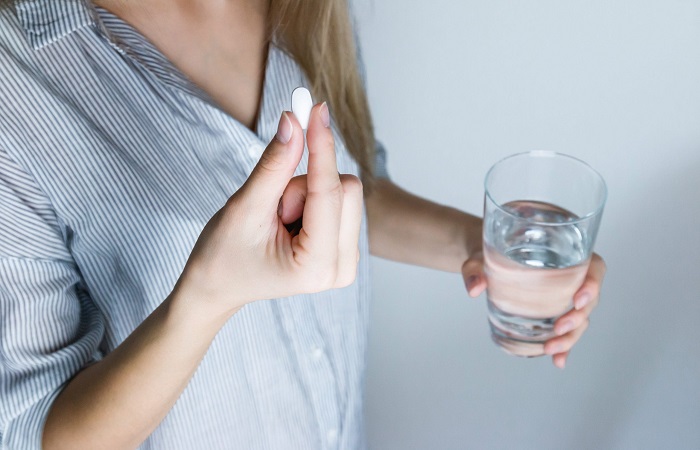 Can I drink alcohol if I have taken the morning after pill?

Many women wonder if it is safe to drink if they take the morning-after pill. It must be said that there are no indications that alcohol affects the functions of the morning-after medication. However, alcohol could be harmful if, after taking the pill, you vomit in less than 4 hours. In this case, you could have hurled the medication, and any effect of the remedy would be lost.

It is best to wait about 12 hours before consuming liquor to prevent any incident. As well as avoid discomforts associated with alcohol or possible effects of the pill. Although, in most cases, no problems have been reported when ingesting the contraceptive, some organisms are more sensitive to others. Recommendations when taking the morning after pill

The morning-after pill does not require any special diet or care after use. It is a contraceptive that takes effect immediately, and then the body continues its standard process.

Recommendations on its use are more associated with abuse or constant application. For example, you should never take more than one dose as it will not multiply its effectiveness. On the contrary, it can cause discomfort in the person who ingests it.

Another recommendation to keep in mind is to avoid its constant use. Although the effects of frequent taking of the pill are associated with menstrual pain and increased bleeding, it must be remembered as an emergency contraceptive. So, to prevent pregnancy, the idea is to use regular pills, condoms, or other broad-spectrum birth control methods. Next, we will talk about how often to take the morning-after medication.

How recommendable is the use of the morning-after pill?

The effectiveness of the morning after pill is guaranteed between 89% and 90%. Of 100 women who made use of it, eight became pregnant. The reasons for the latter usually have to do with how or when the pill was taken.

Although the effectiveness of this contraceptive is guaranteed, a medical recommendation is always essential before using it. Similarly, pregnancy prevention should be entrusted to a method of regular and constant use that genuinely protects against unplanned pregnancy.

Be that as it may, it is always advisable to consult the doctor about contraceptive methods, illness, or diagnosis. A genuine specialist will prescribe the most effective and suitable plan for the patient.

If you want to read more articles similar to Can, I drink alcohol if I have taken the morning after pill? We recommend that you enter our category of Female reproductive system.

Can You Get Pregnant from Pre-Cum?