The clitoris is part of the female external genitalia, and Itching in this area is very common and occurs in women at any age, whether or not they have an active sex life. It is a frequent reason for gynecological consultation. Many women think that the Itching in the clitoris is due to an infectious process in the vulvar region, such as candidiasis, which is one of the most common infections. However, there are many causes capable of triggering this alteration, ranging from allergies to underwear to the use of chemicals in the genital area.

Knowing about the subject will help to take measures to avoid its appearance and, if it does appear, also learn how to control it. This is why, in this FastlyHealarticle, much more will be explained about clitoral Itching, its causes, and treatment.

Both the excess of hygiene and the lack of it allow the appearance of Itching in the genital area, including the clitoris. The formation of fungi and bacteria is often due to poor or excessive hygiene that stimulates their growth in the female genital area.

When there is an excess of cleaning, it can cause Itching in the clitoris and the vulvar region due to irritation of the area exposed to chemicals that drag the natural bacterial flora, whose function is to protect the genital area.

This is a disease produced by Phthirus pubis, known as pubic lice, and it consists of intense Itching in the pubic and vulvar region that increases at night. It differs from the others because it does not cause vaginal discharge or other symptoms.

You can learn more about this problem in this other FastlyHealarticle about Pubic Lice: causes, symptoms, and treatment.

This alteration can be caused by irritants or chemicals such as:

The skin of the genital area is much more sensitive than that of the rest of the body, so a reaction in this area is more frequent than you might think at first.

In this case, in addition to the Itching in the clitoris, other symptoms such as swelling a burning sensation in the vulvar and vaginal region are manifested. The most characteristic thing to identify this problem is that it occurs 10 to 30 minutes after having had unprotected sex and happens every time.

The hormonal changes that are evident during this stage of the woman can produce Itching or Itching in the clitoral area, vaginal dryness, and even discomfort or pain when having sexual intercourse.

When you feel Itching in the clitoral region, you should consult with a gynecologist. With the physical examination, the professional will identify other symptoms that contribute to the precise diagnosis to indicate the treatment according to the symptoms you present. To treat the itchy clitoris and its cause, care must be taken to relieve symptoms and medical treatment:

Initially, some general measures should be taken where it is essential:

If Itching persists in the clitoris and genital area, the application of corticosteroid creams, such as hydrocortisone, is indicated, which will relieve the symptoms. Its use will only be done while the clitoris itches. If the Itching is severe, your doctor may order an antihistamine taken by mouth.

In cases where the symptoms result from an infectious process, antibiotic medications will be indicated according to the bacteria causing the symptoms. If it is a fungus, as in candidiasis, an oral antifungal and the application of creams in the vulvar area will be prescribed. 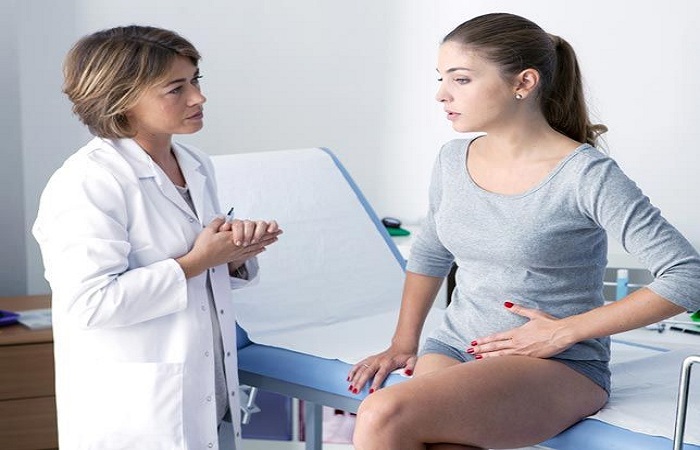 How to prevent itchy clitoris

The itchiness of the clitoris can be avoided by taking specific measures to protect the vulvar area. Take note of these indications to prevent Itching in the clitoris :

The latter is a common alteration. It originates from multiple causes, so it is advisable to go to your gynecologist, who will be in charge, after medical consultation, to indicate the treatment to be followed and what measures to take to prevent it from recurring—this alteration.

If you want to read more articles similar to Itching in the clitoris: causes and treatment, we recommend that you enter our category of Female reproductive system.