Is ovarian pain normal in menopause?

Ovarian pain, of varying intensity, is part of the reproductive life of many women. Sometimes it occurs in the middle of the menstrual cycle, which some women attribute to the ovulatory moment. On other occasions, it happens during menstruation.

It is a pain that characteristically is located on one or the other side of the lower abdomen (hypogastrium) and, in infrequent circumstances, occurs on both sides at the same time. However, a question arises: is ovarian pain normal in menopause? In this FastlyHealarticle, we will explain the elements that allow us to clarify this doubt and establish if it is not the ovaries, what could be causing the pain.

The normal ovulatory cycle lasts around 28 days, spanning 24 and 32 days.

Day 1 of this cycle is counted as the first day of menstruation, which has an expected duration between 3 and 7 days, depending on the total time of the revolution in each woman.

In the 28-day cycle, ovulation occurs on day 14, in the middle of the process, so having sex on the days around this increases the chances of a woman becoming pregnant.

Ovarian pain in menopause: is it normal?

A period called perimenopause lasts between 2 and 4 years, beginning around the age of 45 and preceding the onset of menopause itself.

During perimenopause, the ovaries begin the process of decreased estrogen production, which is why the first and characteristic symptoms that precede menopause appear: night sweats, sudden hot flashes, fluctuations in mood, vaginal dryness, decreased libido, etc.

After this stage, menopause itself is installed, a period in which the various men stop fulfilling their reproductive functions. The production of ovules ceases, and the hormonal production that accompanies this entire process ceases.

In this way, it is clear that during menopause, the ovaries do not hurt. If there is any pain during menopause at the hypogastric level, it will not be related to the ovaries, and it will be due to other possible causes that we will review below.

Causes of “ovarian pain” in menopause

As we have established before, the ovaries do not hurt at menopause. Pain in the lower abdomen in menopause may be due to any of the causes that we indicate below:

Uterine leiomyomatosis consists of the formation of tumors of variable size in the muscular walls of the uterus, which will also have a variable thickness.

During menopause, many of the fibroids that had previously settled in women and that made bleeding profuse during menstruation, even increasing pain during menstruation, tend to stop bleeding and, in general, degenerate into malignancy. Hence, the recommendation in those women who have ceased their reproductive life and during which the presence of fibroids was diagnosed is to perform the prophylactic hysterectomy to prevent this evolution.

Endometriosis consists of the presence of endometrium (the tissue that lines the uterus internally) in any location other than it.

Due to the same hormonal fluctuations that generally occur during reproductive life, this disease will cause much pain accompanying menstruation.

At menopause, some women may persist in presenting pain despite having stopped the hormonal stimulus.

Cancer of the ovaries and uterus

Pain can be the manifestation of ovarian cancer or uterine cancer.

Both would also be accompanied by genital bleeding, unjustifiable variable weight loss, unexplained fatigue, and other nonspecific symptoms.

PID occurs when you acquire a sexually transmitted disease (STD).

In addition to the generally present discharge (with variable characteristics, depending on the etiology), pelvic pain can be mistaken for ovarian pain at menopause. The following article explains the causes, symptoms, and treatment of pelvic inflammatory disease.

Different conditions of the gastrointestinal sphere (diverticular disease, colitis, appendicitis, etc.) can be confused with “ovarian pain” in menopause. 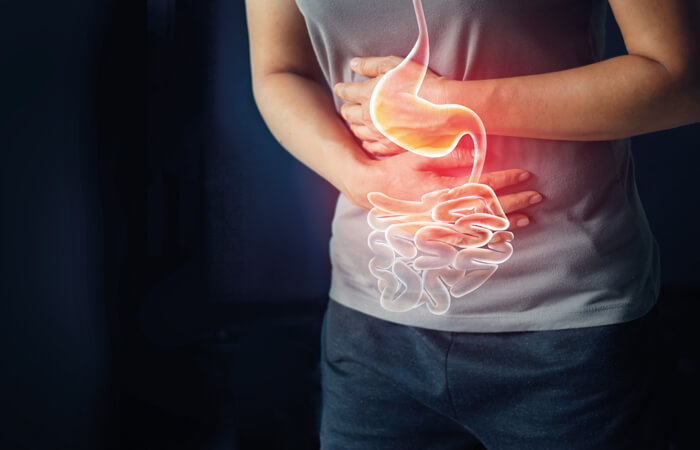 Treatment of “ovarian pain” in menopause

The essential thing is to remember that the ovaries do not hurt in women who have already reached menopause. With this in mind, the presence of any pelvic pain that simulates ovarian pain will require immediate gynecological evaluation to precisely establish the cause of it and thus be able to demonstrate the appropriate treatment.

The use of analgesic-anti-inflammatory drugs is not indicated in this period in the face of “ovarian pain” without previously defining its cause.

If you want to read more articles similar to Is ovarian pain normal in menopause? We recommend that you enter our category of Female reproductive system.

Foods to reduce the symptoms of menopause

After a year without periods, can you get...

Breast pain in menopause: causes and how to...