Can I get pregnant with adenomyosis?

Adenomyosis is a disorder that many known by the name internal endometriosis and is characterized by the presence of a tissue originating from the inner layer of the uterus, called endometrium, muscle area of the same, known as myometrium. Despite this, it is essential to see the formation of the uterus to understand what this female pathology is about correctly.

Likewise, endometriosis patients may have numerous doubts about the pathology, mainly due to the delicate area. If you are one of those who ask yourself, ” can I get pregnant with adenomyosis?” we advise you to read the following FastlyHealarticle. However, you must always consult a medical professional since the detailed information may vary in each case.

To learn more about adenomyosis, it is essential to know that the endometrium is the inner part of the uterus and, at the same time, it covers the surface of the entire uterine cavity. It is an area that has a large number of blood vessels since it is the sector in charge of each menstrual bleeding and of forming the placenta if there is an embryo implant that causes pregnancy.

The myometrium is the name of the muscular layer of the uterus and is in charge of contractions while a woman gives birth. Although the endometrium and myometrium are closely related, they must be perfectly delimited since, otherwise, various alterations could occur.

When suffering from adenomyosis, there is endometrial tissue in the myometrial area. In some instances, the tissue can cause a specific tumor or a mass inside the uterus, known as an adenomyoma, and there are two different types. Localized adenomyosis, also called Cullen’s adenomyosis, and diffused adenomyosis is found in various sectors of the myometrium, causing an increase in the volume of the uterus and is the most frequent form of this pathology.

Causes and symptoms of adenomyosis

Although the exact causes of adenomyosis are unknown, it is known that this disorder depends on estrogen and the presence of various factors that can facilitate the appearance of the condition, for example, having had at least one pregnancy or having undergone surgery in those involving manipulation of the uterus.

All the previous cases that make it more frequent to suffer from adenomyosis have a primary characteristic: they coincide in the possibility that the barrier between the endometrium and myometrium may be broken.

Although it is expected that there are no symptoms in some cases, there are specific manifestations that characterize this pathology. It is essential to know how to detect them to receive medical assistance and treat them as soon as possible so that the woman can become pregnant if she wishes to have children. Among them are: 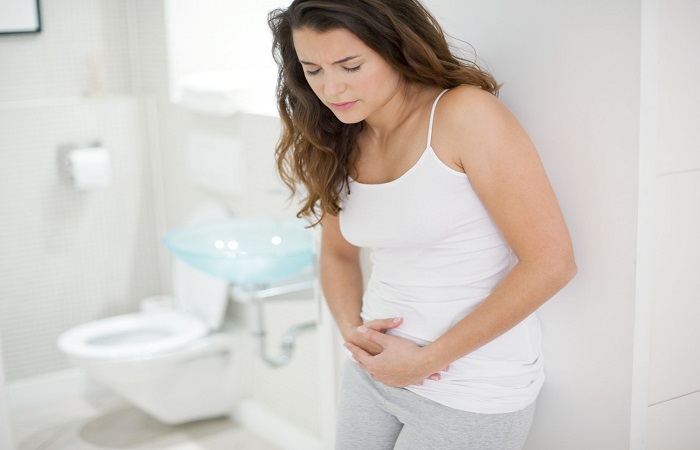 Can you get pregnant with adenomyosis?

Because the functioning of the uterus is compromised in this pathology, it is common for women who suffer from it to worry if they have the desire to conceive children. The question arises as to whether they can become pregnant with adenomyosis. In general, this alteration puts the possibility of pregnancy at risk, so achieving it is very difficult. However, many women overcome the alteration and become pregnant if they promptly go to the doctor, evaluating the situation and indicating the best treatment for each case.

It is not unusual for women to be concerned when they learn that they have internal endometriosis, as it is well known for negatively affecting the ability to procreate. Many specialists assure that women who suffer from it have a lower rate of pregnancy and a significant increase in the number of miscarriages. At the same time, many studies claim that adenomyosis can lead to a substantial rise in embryo implantation failures.

There are different factors due to adenomyosis that can influence fertility, for example, the alterations it causes in the endometrial reception capacity, the movements of the uterus known as peristalsis, and genetic regulation. Likewise, this pathology can influence the transport of gametes essential for fertilization.

In addition to the above, it can considerably hinder the transfer of the embryo to the implantation area, so it would also complicate the delivery of oxygen and essential nutrients to this sector.

Many women who cannot get pregnant due to adenomyosis and who yearn to have children are advised to resort to assisted reproductive techniques, such as in-vitro fertilization or surrogacy, also known as the surrogate womb. However, an assessment of the quality of the eggs will need to be done, as some of the hormone medications used to treat adenomyosis may affect them.

To grant the most indicated treatment, the specialist evaluates certain factors, such as the symptoms and their intensity, the age and general health of the woman, and whether she wishes to have children in the future. It also considers how close the woman is to reaching menopause since symptoms disappear after it.

Treatment for adenomyosis is generally based on eliminating symptoms with the administration of non-steroidal anti-inflammatory drugs, which help reduce pain and menstrual bleeding, and hormonal drugs such as birth control pills, patches, intrauterine devices, and vaginal rings, which can even cause the absence of the rule and thus alleviate the symptoms, but during this treatment, hormones could also interfere in the search for pregnancy.

Another option that the specialist may consider for the treatment of adenomyosis if you are trying to get pregnant is the surgical removal of the endometrial tissue that has grown in the myometrium and, later, rebuilding the uterine wall. However, not all cases are candidates to undergo this surgery; this will depend on evaluating the extension and size of the alteration.

The definitive solution to avoid suffering from adenomyosis is the total removal of the uterus, an intervention known as a hysterectomy. This treatment is recommended when the medication has not been effective, or the degree of involvement is high, and the patient still has many years to reach menopause. The woman with adenomyosis will not be able to get pregnant after surgery. Still, she could have children if she uses assisted reproductive techniques since the hysterectomy does not remove the ovaries, and they can use their eggs.

If you want to read more articles similar to Can, I get pregnant with adenomyosis? We recommend that you enter our category of Female reproductive system.