Inflammation of the cervix is ​​a condition that is medically known as cervicitis and is usually caused by vaginal infections, sexually transmitted diseases, contact with irritants or injuries, and trauma to the area. It is a condition that is often diagnosed when a woman is undergoing a routine gynecological exam and can cause symptoms such as abnormal vaginal discharge, intermenstrual vaginal bleeding, lower belly pain, and dyspareunia (pain during sexual intercourse). Your treatment should be established based on the condition or condition causing it. Still, it is essential to start it as quickly as possible to prevent inflammation from becoming chronic and other more severe complications. In the following FastlyHealarticle, we will show in detail they are the causes, symptoms, and treatment of swollen cervix.

The cervix is ​​located between the vagina and the rectum and is the narrow end of the uterus. If the cervix becomes inflamed, it can cause abnormal vaginal bleeding, and you have what is known as cervicitis. Next, we are going to detail what the possible causes of an inflamed cervix may be:

Several factors can make a woman more prone to cervicitis at some point in her life, and these include the following: 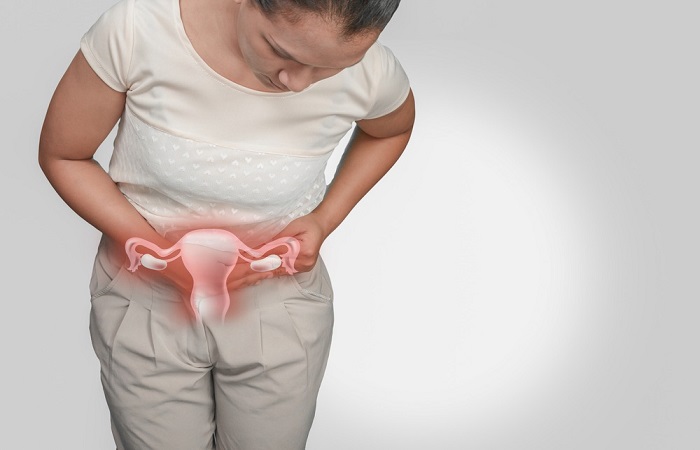 On many occasions, when the cervix is ​​inflamed, the affected woman may not have any noticeable symptoms. Therefore, most of the time, it is a condition that is diagnosed when a routine gynecological exam is performed. However, when cervicitis is symptomatic, the following signs and symptoms may occur:

Cytology to detect inflammation of the cervix

One of the first medical tests to detect if the cervix is ​​inflamed is cytology. This gynecological test allows analyzing the cervix cells and diagnosing possible abnormalities in the cells or the walls of this end of the uterus. It is a test that all women should do routinely once they have had sexual intercourse and from 21, even though they are not sexually active women.

To confirm the diagnosis of inflammation of the cervix, cytology may be accompanied by other medical tests such as:

The treatment of the inflamed cervix will depend on the original cause of the inflammation in each case. That is why treatment may include the following:

In the case of vaginal or sexually transmitted infections in which there is a risk of contagion, it is essential that the partner of the affected woman also undergoes timely medical examinations and initiates treatment if necessary.

When drug treatment is not enough to cure the inflammation of the cervix, or it occurs for a long time, other medical treatments may be suggested, such as:

It is imperative to receive treatment for an inflamed cervix to avoid possible complications such as prolonged pain during intimate relationships and pelvic inflammatory disease, the inflammation, and infection of the main female reproductive organs, such as the uterus, ovaries, and fallopian tubes.

Measures to prevent inflammation of the cervix

The risk of developing cervicitis can be reduced by implementing measures such as those shown in the following lines:

Inflammation of the cervix can occur in pregnancy, but if it is treated early and correctly, it does not have to interfere with the normal development of the fetus. However, the original cause must always be detected quickly since if there is a sexually transmitted disease, it can cause significant complications in the health of the woman and the baby.

In addition to the above, it is essential to insist on receiving early treatment if the cervix is ​​inflamed. Fertility problems may occur if the inflammation lasts long and you suffer from chronic cervicitis.

If you want to read more articles similar to Inflamed cervix: causes, symptoms, and treatment, we recommend that you enter our category of Female reproductive system.