How long does your period last with the IUD?

There are various contraceptive methods to avoid pregnancy, but the most effective and safe is the intrauterine device or IUD. This is a small plastic device in the shape of a T with two nylon threads on the bottom and is inserted through the vagina to place in the uterus. Only trained medical personnel can perform this procedure, so it is unnecessary to keep an eye on it when having sex once it is in place.

Although in the first months or sometimes even in the first year, it can cause bothersome symptoms, afterward, the side effects are low, and the benefits remain high. Despite this, being a foreign object inside the body, it is customary to worry about the possible alterations that are suffered. Women have a persistent question about how long the period lasts with the IUD. To get a more detailed answer, we invite you to read the following FastlyHealarticle.

Types of IUDs and How They Work

The intrauterine device is classified into two types, and the use of one or the other will depend on the needs and health of each woman since sometimes one of them may be contraindicated to her condition. Therefore, although both fulfill the same function, a specialist must indicate the best type of IUD for you. Although there are several brands, IUDs are divided by their operation into:

The IUD affects the menstrual cycle.

Many women perceive that after the intrauterine device is placed, their period changes, either in intensity, duration or that it does not appear every month. This is a very average effect in the first few months, considering that it is a foreign object in the uterus and that the body needs to get used to it. These alterations in menstruation are also related to the type of IUD used, so it is essential to see your doctor if you have any questions.

How long does your period last with the copper IUD?

If a copper IUD was implanted, it is common for the woman to have heavy menstrual bleeding in the first 3 or 4 months, but this should gradually decrease and be less excessive in subsequent cycles. Likewise, there is an effect of this IUD on the duration of the rule, causing it to last for more days than it did previously, which can worry women since there are cases in which it extends to 6 or 10 days and, although it is possible, it is not very common for there to be a delay in menstruation.

On the other hand, if a hormonal-releasing IUD is being used, the alterations in the menstrual cycle may be more significant due to the action of these substances. For this reason, it is not uncommon for women to wonder how long the period lasts with the hormonal IUD, generally, in the first months after the placement of the IUD, the period is abundant, and it can last more days than average, but as time passes the rule decreases its intensity considerably, so much so that in many cases menstrual bleeding is scarce, the days of menstruation are reduced or even does not appear for months.

This alteration in menstruation due to the hormonal-release IUD is basically because it inhibits the growth of the endometrium, and therefore the amount of bleeding is more minor. On the other hand, the rule’s delay is temporary since it does not affect the ovarian functions and these, like the menstrual cycle, return to their previous state when the device is removed. 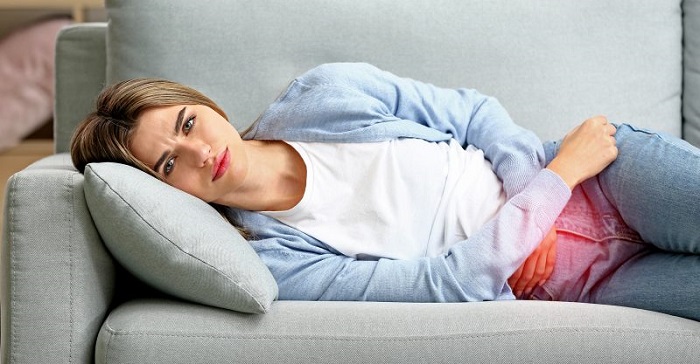 Advantages and disadvantages of using the IUD

Depending on the type of IUD used, there may be some benefits and disadvantages, which the doctor must inform before inserting it. Among the most common are:

This article is merely informative. At FastlyHeal .com, we do not have the power to prescribe medical treatments or make any diagnosis. We invite you to see a doctor if you present any condition or discomfort.

If you want to read more articles similar to How long does your period last with the IUD, we recommend that you enter our category of Female reproductive system.