Can aspirin affect the periods?

The beneficial effects of aspirin have long been exploited, although the version used today is the product of more recent research. Aspirin is considered a great find and is recognized as the century’s drug. This drug relieves pain while having anti-inflammatory and antipyretic effects. Some studies also claim that aspirin treatment reduces the risk of colon cancer.

On the other hand, aspirin acts as an antiplatelet agent. This effect, which is part of the mechanism of action of aspirin, makes the blood more liquid. Therefore, when there are open wounds or risk of bleeding, it is essential to consider this. Such is the case of menstruation, which involves the expulsion of a certain amount of blood and endometrial tissue each month. For this reason, at FastlyHealwe answer the question, Can I take aspirin with my period?

What is aspirin, and how does it work?

The active substance in aspirin is acetylsalicylic acid. It is a chemical substance that evolved from salicin extracted from the willow bark, already used in the early nineteenth century to relieve particular pain. The first time acetylsalicylic acid appeared on the scene was from the hand of French researcher Charles Freder Gerhardt. A formula that would be perfected and stabilized, in the summer of 1897, by the German chemist and pharmacist Felix Hoffmann. Bayer would market it in the form of a round tablet and under the name Aspirin.

It was used, at that time, to relieve headaches and other ailments. Even today, acetylsalicylic acid is considered one of the substances with the most extraordinary analgesic power and undoubtedly one of the best known. Today, aspirin is used to treat various conditions that benefit from its mechanism of action. Aspirin is known to relieve pain, lower fever, and decrease inflammation. Therefore, it has become part of treating patients with arthritis and inflammatory problems today.

On the other hand, it is now known more in detail how aspirin works inside the body. It turns out that this has an inhibitory effect on the synthesis of prostaglandins, which are a type of hormone that fulfill specific functions, among which is to promote blood clotting and also intervene in pain mechanisms. Aspirin affects prostaglandins. This effect was evidenced in 1971 by scientists Vane, Smith, and Willis, who were able to describe its antiplatelet action.

Then Hanneken’s, in 1989, demonstrated the effect of aspirin in preventing heart attacks in people with cardiovascular risk. Later, in 1995, a team of Spanish scientists discovered that it also caused the release of nitric acid in gaseous form, which is also an antiplatelet agent. Since then, aspirin has been used to treat people at risk of a heart attack. 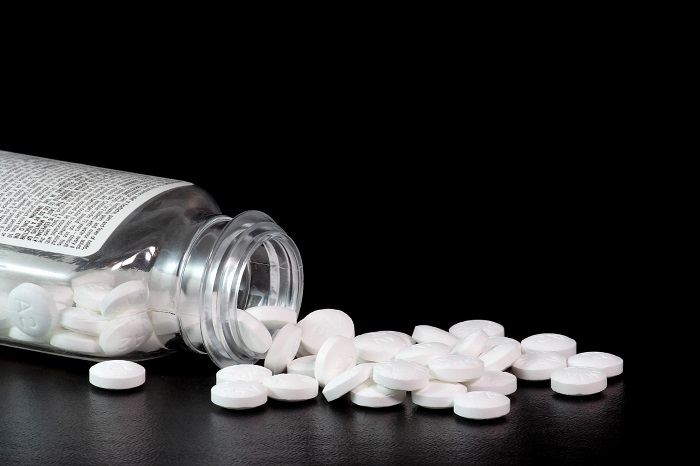 Can I take aspirin with my period?

The answer to this question is not just one. There are conflicting positions in this regard. Some specialists recommend not using aspirin due to its anticoagulant effect. However, others say that there would be no problem, except in coronary or circulatory problems or if you suffer from anemia. Aspirin is undoubtedly a potent analgesic and anti-inflammatory, so it would ideally help women who suffer from pain and inflammation while having their period. But, can they take aspirin with their period?

Some specialists believe that aspirin is not contraindicated during menstruation and that its anticoagulant effect will only cause heavier bleeding. Also, it will probably lengthen the days of menstruation, but this should not cause significant ills. Eventually, if aspirin was taken all the time and the person did not eat well, they could suffer from anemia, but it is not frequent. On the contrary, for some women, the effects of aspirin are positive, and they report that their discomfort during their period disappears completely when taking aspirin, especially when they compare aspirin with other painkillers they have taken during their period.

On the other hand, other specialists think that you should not take aspirin. At the same time, you have your period and even before, precisely because they consider that aspirin to thin the blood can cause bleeding that is not healthy. The effect of this drug on platelets irreversibly prevents clotting. That is, platelets completely lose the ability to aggregate. And since these are renewed every ten days, the recommended thing would be that aspirin is not consumed from 10 days before the rule. To relieve pain and inflammation, these specialists recommend other analgesics such as ibuprofen, which is also analgesic and anti-inflammatory, or paracetamol, which relieves pain but is not anti-inflammatory. However, it is gentler on the stomach.

In summary, to know if you can take aspirin with your period, it is best to consult with your gynecologist and, above all, evaluate your general health condition, taking into account if your periods are very abundant or very long or if, on the contrary, they are not. . It is also good to consider how other pain relievers and aspirin itself feel. You can also evaluate if you need to take painkillers because it is possible that if the discomfort is mild, you can cope with the incorporation of some healthy routines such as putting heat on your belly, doing some exercise, drinking more fluids, taking herbal teas with properties anti-inflammatory or lead life more calmly those days. Some of the best natural anti-inflammatories are as follows.

Aspirin to lower your period?

Aspirin has an evident anticoagulant effect, and without a doubt, it can thin and make bleeding more abundant during menstruation, but from there, to advance the rule, there is a stretch. If the woman already has premenstrual symptoms or is about to lose her period, taking aspirin could make the blood thinner and, for this reason, fall faster; Perhaps this way, the days of menstruation can be shortened and the cycle advanced 1 or 2 days. In that case, the recommendation is to take an aspirin every eight hours during that day. Of course, no more aspirin should be taken once the bleeding has started because it could have the opposite effect.

On the other hand, if you still do not have any premenstrual symptoms, taking aspirin will not advance your period, but it is certainly possible that it will make it more abundant. The only way to control your period is to use birth control. Although it is not highly recommended to get out of control of your menstrual cycle because the female hormonal system is complex, and everything is interconnected. It is not only about the sex hormones but about all the functions of the body controlled by the different hormones. Thus, when you alter one of the systems, you could cause changes in others. If you try to advance your period by trying this method, remember that you should not make it a regular practice as it could affect your health in the long term.

If you want to read more articles similar to Can I take aspirin with my period? We recommend that you enter our category of Female reproductive system.