It is usual for women to present various vaginal flows during the menstrual cycle before the period’s arrival. The white and thick discharge is part of this type of manifestation. It is a normal and natural discharge that many women present, which many factors can cause. Still, it is usually associated with the arrival of menstruation, ovulation, or pregnancy.

Any change in the female menstrual cycle can be a sign of concern. However, thick white discharge is not usually related to major complications that put a woman’s health at risk. In this FastlyHealarticle, you will be able to find out what that thick white discharge means before your period.

Thick white discharge before menstruation – what is it?

The white and thick discharge before menstruation is normal, indicating that the rule’s arrival is imminent. This discharge can begin to appear before and during ovulation, and it is a clear, watery, and elastic discharge. However, as the period approaches, it becomes much darker and thicker.

Why do we secrete thick white discharge before menstruation?

This discharge represents a protective mechanism of the body to protect the vagina from contagion with bacteria and fungi since hormones change the bacterial flora of the vagina, and this process results in a creamy, sticky, and white discharge. The white and thick fluid before the rule will be a typical symptom as long as it does not cause discomfort or smell, since it is a discharge produced by the glands of the vagina and the cervix so that, when exiting through the vagina, eliminate the cells that can be found adhering to the walls and thus prevent infections.

However, when the discharge changes color and is accompanied by other symptoms such as a foul odor, itching, and general discomfort, it is essential to see a doctor to rule out a possible vaginal infection.

Thick white discharge is also common in pregnant women. The body reacts to fertilization by increasing the production of estrogens and secreting more of this fluid to protect the uterus and fetus from possible bacteria or germs that can harm the baby. Woman or interrupt pregnancy. White discharge is expected during the first three months of pregnancy, then the release stops, and everything returns to normal. In some rare cases, white discharge may be present intermittently throughout the pregnancy.

When the woman begins to take a new contraceptive, hormonal variations occur that alter the processes of the menstrual cycle, usually increasing the production of white discharge. This process is completely normal and usually regularizes after using this contraceptive for three months. However, if the release persists after three months, it is essential to see a doctor assess whether it is necessary to change contraceptives for others with different hormonal loads. 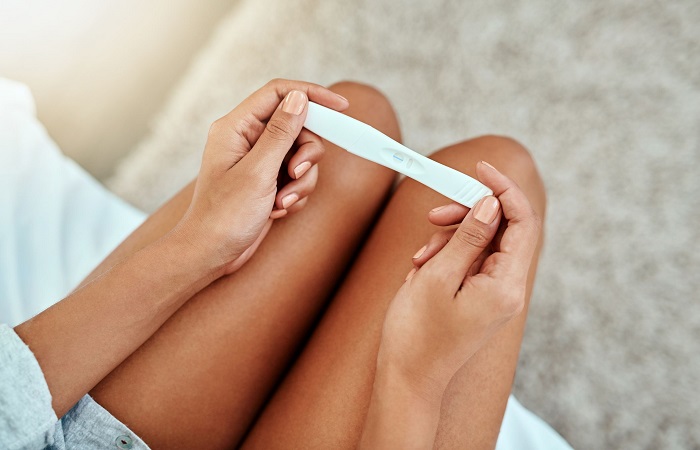 Vaginal infections that cause white discharge

Some fungi and bacteria can trigger vaginal infections with white discharge. Let’s know what they are:

Yeast infection is not transmitted through sexual intercourse but is usually a response to a change in climate or humidity in the vagina. Any condition that affects the immune system, such as pregnancy, flu, stress, and contraceptive use, can cause vaginal yeast infection. Likewise, any use of a product with an aroma or altered pH can affect the bacterial flora of the vagina, increasing the probability of contracting the candida fungus responsible for candidiasis, the most common yeast infection. In these cases, the condition is recognized because the discharge is white cottage cheese.

It is one of the most common vaginal infections. Although its cause is unknown, it is easy to recognize it due to the stinky smell, similar to that of fish, that the vagina gives off, especially after sexual intercourse. Burning, pain, itching, and white, yellow, or gray discharge are other symptoms that characterize this condition.

It is a sexually transmitted disease recognized by a cloudy, yellow discharge. White discharge is highly unlikely to be caused by this condition. Gonorrhea symptoms also suggest bleeding between periods and urinary incontinence. 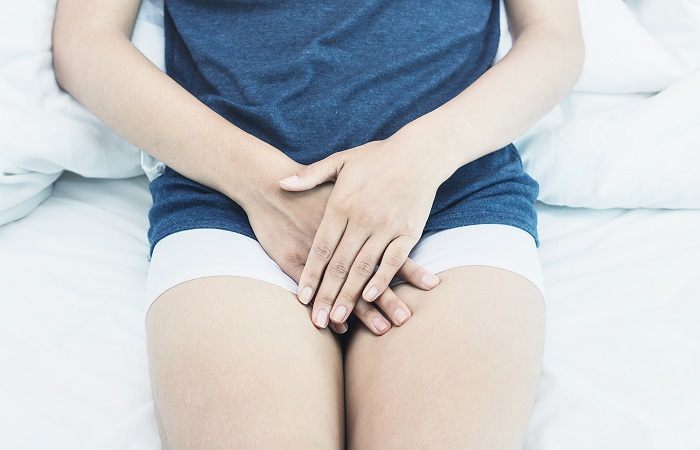 If you want to read more articles similar to White and thick discharge before the period, we recommend that you enter our category of Female reproductive system.