First of all, you must bear in mind that white vaginal discharge is standard throughout women’s reproductive cycle. These secretions can vary in appearance during the different cycle stages and can be white discharge without representing an abnormality.

Do you wonder why I have white discharge and my period does not drop? In this FastlyHealarticle, we explain it to you.

When your period does not drop, and you have a delay, it is logical that the first thing you think about is pregnancy. The truth is that it is an option that cannot be ruled out since the white discharge, along with the delay, is one of the first symptoms of pregnancy.

The fact is that when it has been fertilized, the woman’s body reacts by producing a tremendous amount of estrogen, which causes a more significant amount of flow to be released. The goal is for the discharge to protect the uterus and the fetus from germs or bacteria that can cause infection, harm the fetus, and interrupt the pregnancy.

This increase in white discharge is expected in the first three months of pregnancy. Although this secretion decreases from the second trimester in most cases, it is not uncommon for some women to appear or disappear throughout pregnancy.

On the other hand, the absence of the rule is one of the most recognized first-time signs of pregnancy. It is necessary to be clear about what is considered a menstrual delay: it occurs once the five days in which the rule should have come down have passed. This should be three 28 days after your period if you are a regular woman. 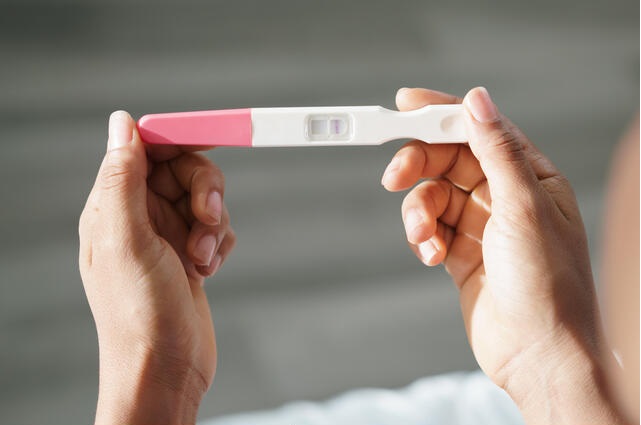 My period does not drop, and I have white discharge: hormonal changes.

Not all women are regular or have the same cycle days, although most women generally have cycles that can range from 25 to 32 days. From here, depending on the woman’s lifestyle and the vital moment that she is going through, there may be hormonal changes that cause a menstrual delay and an increase in white flow.

As we have explained in the previous section, an increase in estrogen production will affect the volume of vaginal discharge, which is why the following situations can cause hormonal changes:

In all these cases, the flow will be present. In addition, if it is a simple delay without further consequences, it is expected that the days before menstruation arrives, the flow becomes whiter and thicker than usual.

In short, there is no reason to be overly alarmed when we have white flow, and the rule does not drop. However, we must consider the days of delay that we are or if we have any added symptoms such as those that we will explain below.

Delayed rule and white discharge: could it be an infection?

Some different diseases and infections can cause white discharge. Although we have already commented before that white discharge does not have to be abnormal, there are indeed a series of associated symptoms that can make us suspect that we are suffering from an abnormality.

The symptoms of infection may include the following:

Here we explain which are the central infections that can cause the appearance of white discharge and menstrual delay:

The alteration of the vaginal pH causes an increase in the population of fungi in the vagina, causing symptoms such as the appearance of abundant white discharge, similar in consistency to cottage cheese, burning, and pain in the vagina.

It is the vaginal infection that causes the most gynecological consultations because it is pretty standard.

As the name suggests, it is caused by a bacterial infection and, among its primary symptoms, we also find white discharge, which can be gray or yellow, pain, and vaginal burning.

If we compare bacterial vaginosis with candidiasis symptoms, we will find why it is common to confuse them.

Gonorrhea is one of the most widespread STDs in western countries, and although it is not very likely to cause the appearance of white discharge, we should mention its prevalence. It is an infection caused by a pathogen that colonizes the genital mucosa, overtaking the patient’s immune system.

The reality is that, typically, its main symptom is the appearance of yellow discharge and vaginal bleeding, but depending on the woman, it can also cause white discharge.

If you want to read more articles similar to Why do I have white discharge and my period does not lower, we recommend that you enter our category of Female reproductive system.