How to know if the IUD is correctly inserted

The IUD is a small “T” shaped device made of flexible plastic placed inside the uterus to prevent unwanted pregnancy. Currently, two intrauterine devices are the most recommended. One releases a small dose of hormonal load. At the same time, the other contains copper and is known by the nickname “Copper T.” Any of these IUDs perform the same function in the woman’s body and are usually recommended to women who have already been mothers, who do not feel good about the pill and who want a long-term contraceptive method, since the hormonal IUD has a duration of five years, while copper can last up to 12 years.

The intrauterine device is one of the most effective contraceptive methods today. Statistics ensure that less than one woman in 100 gets pregnant using these devices. However, although its effectiveness has been proven, most women with IUDs are afraid that the device will move and no longer be a safe method. The truth is that this fear is not crazy anguish since, among the complications of these contraceptives, the expulsion of the same stands out. This FastlyHealarticle will explain how to know if the IUD is correctly placed. You will be able to learn other complications associated with these devices and clearly understand how it works.

How the IUD works

The contraceptive function of these devices is to affect the way the sperm move to prevent them from joining the egg. Therefore, fertilization is impossible, and there can be no pregnancy. Also, IUDs are believed to alter the uterus lining and thus prevent the fertilized egg from attaching to the endometrium. However, this effect is not yet proven.

In the case of a hormonal-releasing IUD, the device secretes progestin. This hormone can prevent the ovaries from releasing eggs, making pregnancy impossible since there can be no fertilization if there is no egg to bind to the sperm. In addition, progestin also works by thickening the cervical mucosa so that it blocks the sperm and prevents it from uniting with the egg.

Before deciding to use an IUD as a contraceptive method, it is necessary to visit the gynecologist to perform a general checkup of the woman’s health, prescribe hormonal tests, and after a complete evaluation of the size, shape, and condition of the uterus, check whether this method The contraceptive is safe and will not cause significant complications. In the following cases, it is not recommended that the woman use the IUD as a method of protection: 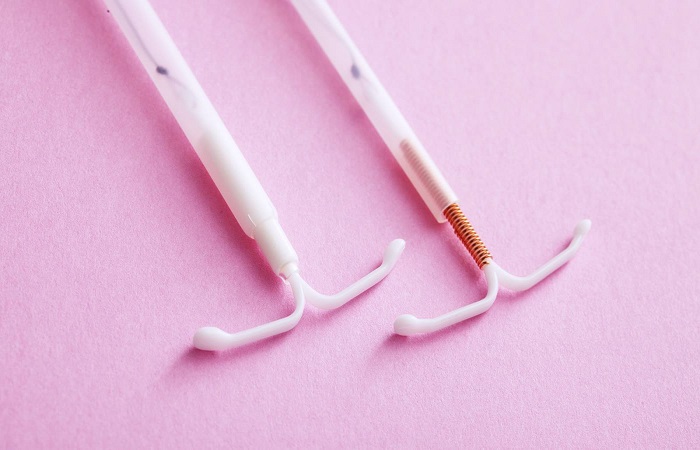 Can the IUD be expelled or moved?

After IUD insertion, the uterus will begin to contract as a normal response to the presence of a foreign body. Such uterine contractions may last for the first three months, and during these contractions, the device is likely to be fully or partially pushed down. Expulsions are more frequent during menstruation when the uterus is dilated and less frequent between periods.

The IUD can be expelled throughout the first year, but after the third month, the probability of displacement decreases. Expulsions are very rare during the second year of IUD use. Likewise, removals are more frequent in young women who have not been mothers than in older women with children. In 20% of cases, the displacement of the IUD goes unnoticed.

Know if the IUD is properly inserted

Given that intrauterine devices are mechanical methods, one of the complications of their use is the possibility that the IUD will move from its original position and immediately affect its efficiency. The movement of these contraceptives can also cause injury to the uterus, tears, and injuries that can lead to infection and cause infertility. Given this scenario, it is imperative to know if the IUD is correctly placed and to be able to recognize the symptoms of its displacement.

The most probable thing is that if the IUD moves out of its place, it will occur during the first three months after its placement, and although later it is also possible, it is less frequent. Likewise, it is much more common for the IUD to be expelled during the menstrual period, so it is essential always to check the sanitary pads to check that the IUD has not come out and, if so, then you have to go to the doctor and start to use a substitute birth control method such as a condom.

To find out if the IUD is appropriately placed between rulers, you can check the location of its cords or threads. To do this, follow the instructions below : 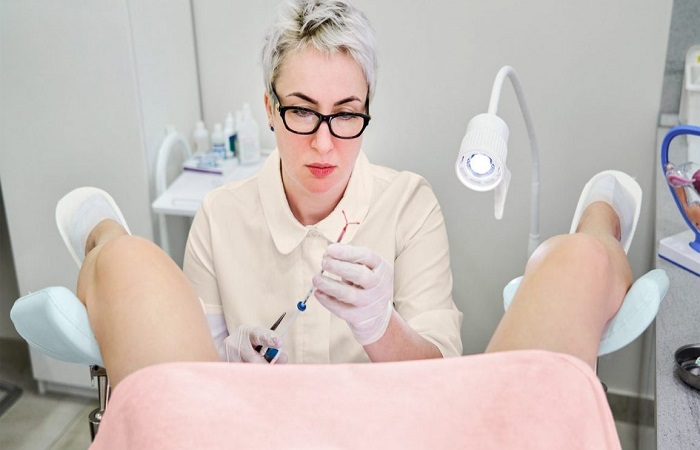 Other complications of the IUD

Typically, this complication occurs during IUD insertion. However, it is a rare complication that affects 10 out of 1000 women. Perforation is associated with the doctor’s ability to insert the device, the size and shape of the IUD, and the condition of the woman’s uterus. Therefore, if the perforation occurs deep in the uterus, it results from poor insertion technique. If the perforation occurs in the cervix, it is caused by the displacement of the IUD due to uterine contractions. Whenever perforation or expulsion is suspected, it is necessary to see a doctor immediately.

Lack of cords on the cervix

If the device strings are not found when checking if the IUD is in place, the contraceptive may have been expelled, and the woman may not have noticed, a perforation has occurred, the IUD has moved and is improperly positioned, the threads were inserted into the cervical canal, or the woman is pregnant. Preventing any of these scenarios is possible if you ask your doctor during insertion to carefully teach you how to find the IUD inside your cervix. Once you have mastered the technique, it is crucial to check up after each menstruation.

The IUD is one of the most effective contraceptives to prevent pregnancy. However, like all contraceptive methods, it has a margin of risk. For copper IUDs, the pregnancy rate is less than 1%, and for endoceptives, it is 0.5%. It is good to know that these methods reduce intrauterine implantation to 99% decrease tubal implantation by 95%. Therefore, they do not produce ectopic pregnancies, one of the many myths with which they have been related.

When the woman is inserted the IUD, menstrual bleeding increases by 55% and can remain so during all the years of use of the device. You can also have bleeding between periods, which can last only the first three months or stay as long as the IUD is used. The most common is that the woman notices shorter periods and with less fluid. Removing the IUD for bleeding should be the decision of both the woman and her doctor.

If you want to read more articles similar to How to know if the IUD is well placed, we recommend that you enter our category of Female reproductive system.