More and more contraceptive methods exist today to prevent all those women who do not want to have a child. However, the so-called emergency contraceptives such as the morning-after pill are becoming increasingly popular. Despite this, it is essential to know that these methods should not be used frequently, but as their name suggests, only in emergencies such as when the other contraceptive methods used by the couple fail.

Many people ingest the pill without knowing if there are risks or not, so it is essential to consult a specialist before taking it. Likewise, it is necessary to see the side effects that it can cause since, like any drug, there is the possibility of producing different symptoms depending on each person. Many women feel bloated or have a general intestinal discomfort after consuming it. Still, if you are one of those who wonder if the morning-after pill produces gas, we offer you much information about it in the following FastlyHealarticle.

Emergency contraceptive methods and action of the morning-after pill

The morning after pill has a significant effect on the body, as it delays ovulation and prevents unwanted pregnancy depending on when it is consumed. Although it is a reasonably safe method, there are criticisms and various confrontations due to the possible risks that it could cause and the anti-implantation effect attributed to it. Its action is to prevent fertilization and implantation of the ovum in the uterus, so many people consider it an abortifacient method.

Contraceptives consumed after intercourse are also called contraception and should be used only for emergencies. This method of birth control is the only one that, as its name suggests, can be used after having been intimate. So far, there are only two contraceptive methods of this type:

In general, the latter’s intake is highly adequate. However, the percentage may vary depending on when it is used. This is because it prevents the ovaries from releasing eggs so that they cannot attach to sperm and cause unintended pregnancy. 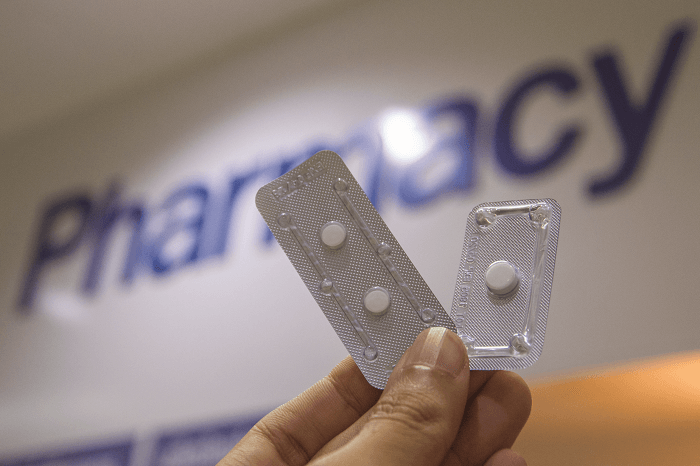 Do the morning after pills produce gas?

If consumed correctly, the emergency contraceptive pill is a reasonably safe method, so it is essential to strictly consult with a specialist and follow their instructions. Despite this, it may generate specific side effects like any drug. However, no severe side effects are recorded other than gas, nausea, and vomiting in some instances.

Among the most frequent side effects is abdominal pain, whose discomfort maybe because the morning-after pill sometimes produces gas, causing this discomfort and perhaps other intestinal disorders such as gastritis or poor digestion. Although gases are not usually a symptom of concern, if they do not decrease in a few days, cause the belly to swell a lot, or cause other discomforts in the area, it is necessary to see a specialist to alleviate this adverse effect. Here we will talk more in-depth about these side effects.

Side effects of the morning-after pill

Also, the morning-after pill messes up the menstrual cycle, usually only in the first month after taking it. In addition, other reactions can be observed that must be controlled by a professional in case they do not disappear. Among them are:

Some women wonder how long the side effects of the morning after pill last, and the reality is that they vary depending on the case. Breast tenderness, a swollen belly, nausea, dizziness, or ovarian pain usually disappear after 24 hours. Alterations in the cycle, for apparent reasons, appear later.

Contraindications of the morning after pill

Women who can take the morning-after pill are those of childbearing age and are not looking to have a child. It can be ideal for those women who have had intercourse, and the contraceptive method failed for some reason, or there are doubts about it, for example, if the condom breaks during sex.

Despite the above, there are women for whom the morning after pill is not indicated :

Although many women hesitate to take it due to the great controversy about abortion, it is essential to know that emergency contraception does not cause this interruption of pregnancy. This is because this pill has a blocking effect for fertilization, so if the sperm has already reached the egg before it is ingested, this drug does not cause any damage to the fertilized egg.

If you want to read more articles similar to Does the morning-after pill produce gas? We recommend that you enter our category of Female reproductive system.

Why don’t my period come down if I’m not pregnant?

Does Having Sex Delay Your Period?

Can I take two morning-after pills in a...