Vaginal discharge is a substance secreted by the glands of the cervix that is expelled to the outside through the female genitalia. This secretion plays a significant role in women’s health: hydrating the vagina and preventing infections by dragging bacteria, germs, and dead cells that can concentrate in the intimate area. The Flow is normal when it is white, yellowish, or dark brown, and the variation in its tone depends on the phase of the menstrual cycle in which the woman is.

Changes in diet, hormonal disorders, consumption of medications, and sexual intercourse often cause vaginal discharge to change its consistency and color without the need to represent any risk or condition. However, when the Flow is accompanied by blood and the woman is not menstruating, it is essential to see a specialist discover the cause of this symptom. Many factors can cause this sudden change between periods, and knowing them is crucial to act on time and prevent major complications. For this reason, at FastlyHealwe have prepared this article about blood flow without having a period: causes.

Among the side effects of birth control pills, breakthrough bleeding stands out, to the point that it is believed that 50% of women who use this method have blood flow between periods during the first three months of treatment. This discharge is known medically as “pill spots” and is a normal reaction of the body as it gets used to the hormonal dose.

When the bleeding between periods does not stop after the first three months of taking the pill, it is essential to see a doctor to see whether or not it will be necessary to change the medication, the type of hormone, or the hormonal load.

Women who use the intrauterine device for contraception will also observe variations in their menstruation and blood flow without having a period. In general, the hormonal IUD tends to suppress menstruation. Still, while this occurs, the uterus is secreting all the tissue accumulated in past periods, so it is common for very dark or almost black periods to appear. The color of these secretions is due to old blood being expelled. Once the body gets used to the presence and effect of the IUD, bleeding becomes less frequent, and menstruation is less abundant. 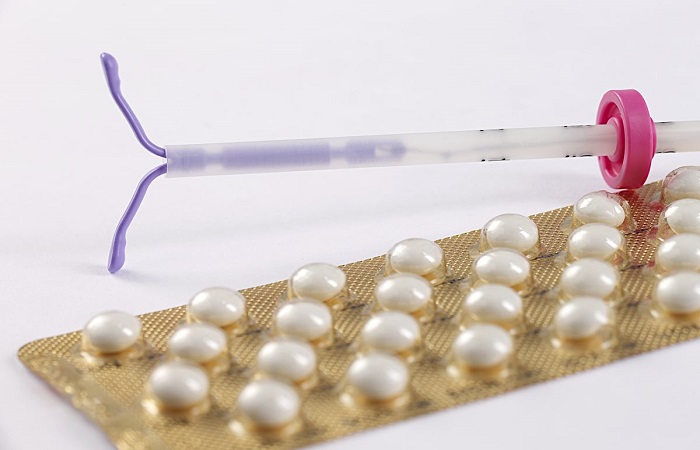 Any significant variation in a woman’s emotions can interfere with the production of female hormones, altering the menstrual cycle and causing blood flow without menstruation. Often, the woman is not aware that she is going through a period of great stress, but her body perceives her mental state and reacts by altering any biological process.

Stress and poor handling of emotions are causes of many diseases and are associated with irregular menstrual cycles. That bleeding between periods does not seem strange to you if you have been with many workloads, have had problems with your partner, or have sleep disturbances. Regaining peace of mind is necessary for your entire cycle and body to return to normal. In the following article, we show some tips for reducing stress.

The thyroid is a gland located in the neck responsible for secreting the hormones thyroxine and triiodothyronine, substances essential for the body’s proper functioning. Any disorder in producing these hormones can negatively affect a woman’s menstrual cycle, causing irregular periods, premenstrual syndrome, abdominal pain, and polycystic ovaries.

When the thyroid acts in an underactive way, it is considered that the person suffers from hypothyroidism, and when it works hyperactive, it is called hyperthyroidism. These conditions can disrupt menstrual cycles and cause bloody discharge without menstruation. Both diseases have no cure and require constant medical supervision and treatment. 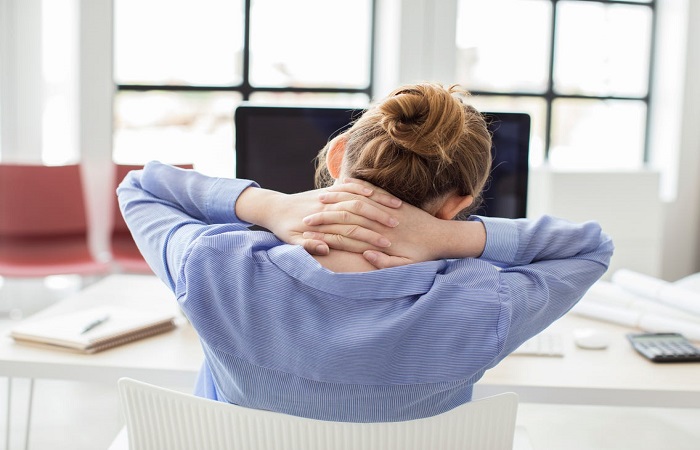 The polycystic ovarian syndrome is a disease caused by an imbalance in female sex hormones that causes changes in the menstrual cycle, ovarian cysts, difficulty conceiving, and other health problems. This syndrome causes the mature eggs produced by the ovaries to be not released but remain surrounded by the glands.

The symptoms that these condition causes are related to hormonal disorder. Among them, we find the absence of menstruation, irregular menstrual periods, growth of body hair on the chest or face, acne, darkening of the skin of the armpits, enlargement of the clitoris, thinning of the hair, decrease in the size of the breasts and bleeding between periods. Taking birth control pills can help control this disease.

Conditions of the uterus

The endometrium is the tissue that covers the uterus. Overgrowth of this layer can lead to polyps, finger-shaped masses that adhere to the womb and can be as tiny as a sesame seed or as large as a golf ball. The uterus can have one or more polyps at the same time.

The cause of endometrial polyps is unknown, but the condition is associated with being overweight, breast cancer treatments, hormone therapy, and family history. When a woman suffers from this condition, she presents bloody discharge without a period, irregular periods, vaginal bleeding, and difficulty getting pregnant. It is best to remove uterine polyps to reduce the chance of getting cancer.

Fibroids in the uterus

Fibroids are prevalent benign tumors in women of childbearing age. They are generally made up of muscle cells and other tissues that form on the uterus wall. The cause of these masses is unknown, but the condition is also associated with being overweight and being African-American.

Fibroids in the uterus do not usually present specific symptoms of this condition. Women who have this disease say they feel pain during sexual intercourse, have bleeding between periods, have irregular periods, a feeling of fullness in the pelvis, and pain in the lower back. Fibroids should be removed if they increase in size over time and interfere with female fertility. Otherwise, removal may not be necessary.

They are another type of benign tumor that grows in the woman’s womb and is associated with hormonal disorders and family history. Half of all women in their 50s are believed to have fibroids in the womb. It is more common for a single fibroid in the uterus, but it is not ruled out that there may be more. The size of these masses can be as small as to be microscopic or as large as to be seen during a gynecological study.

Among the most common symptoms of this condition are bleeding between periods, heavy menstruation with the presence of clots, prolonged periods, the need to urinate frequently, abdominal pain, and pain during sexual intercourse. Treatment depends on the woman’s age and may include birth control pills, intrauterine device placement, pain relievers, and short-term hormone therapy. 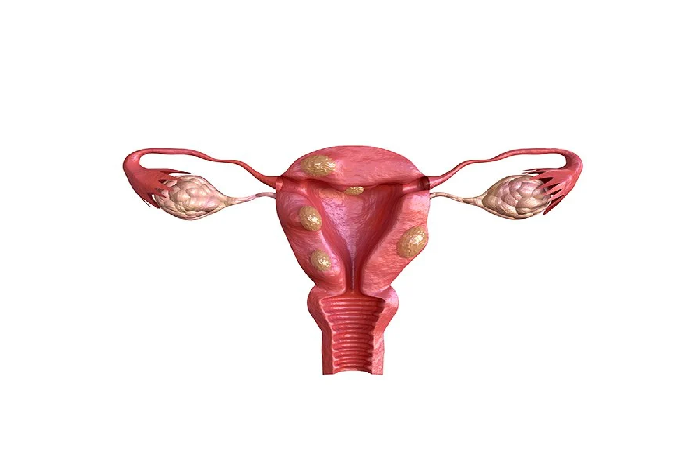 Vaginal dryness occurs due to an imbalance in the production of female sex hormones, which is why it is one of the most common symptoms during menopause.

Many women find out that they are entering climacteric thanks to the vaginal dryness they present and the bloody discharge without having menstruation. If you think you are reaching menopause, you must go to your doctor to find the ideal treatment to reduce the symptoms caused by this natural process in your body. To combat vaginal dryness, unscented and flavorless lubricants are recommended.

If you want to read more articles similar to Flow with blood without having a period: causes, we recommend that you enter our category of Female reproductive system.