Many women in the medical consultation have reported that they have had Bleeding before their menstruation date. This generates a lot of restlessness and discomfort. The reasons are varied depending on the date it occurs, although it is primarily due to hormonal changes.

Some women show it every month and many others that it only happens occasionally. This type of Bleeding that occurs before the period is called breakthrough Bleeding, and it is convenient to know the most common causes related to this Bleeding before the date of menstruation. In this FastlyHealarticle, we will talk about Bleeding before the period: common causes, and we will also tell you what to do about it and when to worry.

Bleeding Before Your Period: Why It Happens

It may, in most cases, not be related to a severe problem to treat but instead to a physiological response of the body. Here we will describe the most common causes of Bleeding before your period :

This is the first reason not to worry about intermenstrual Bleeding, and ovulation occurs 14 days before the next menstruation when it is a regular period of 28 days. This Bleeding is scarce and lasts approximately 2 or 3 days, then coincides with the middle of the woman’s menstrual cycle. This occurs due to the increase in the hormone secretion related to ovulation or luteinizing (LH). This Bleeding varies depending on each woman, and some happen to them all the months, and others have never happened. However, this is considered normal.

On the other hand, women who present intermenstrual Bleeding may be related to the presence of a still unconfirmed pregnancy, which may be the reason for consultation that leads to the definitive diagnosis of pregnancy. This Bleeding occurs after the implantation of the already fertilized egg in the uterus and usually occurs up to 2 days before menstruation, so it tends to generate confusion. If the pregnancy continues its ordinary course, the Bleeding will subside after a few days. Otherwise, after the Bleeding does not subside and other symptoms appear, it can be said that we would be in the presence of an ectopic or ectopic pregnancy.

The use of contraceptive pills for the first time can manifest itself with the presence of intermenstrual Bleeding. It usually lasts a few days and can remain as long as the hormonal contraceptive is continued. A comparative study regarding the efficacy and adverse effects of hormonal contraceptives showed that 79% of women had menstrual bleeding disorders as a frequent side effect 1. 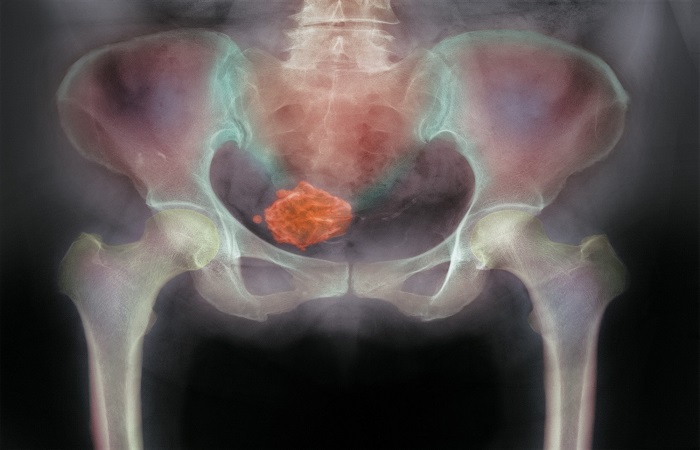 Other causes of Bleeding before a period

On the other hand, there are other causes associated with the presence of Bleeding before the period that are worth taking into account:

Other possible causes of Bleeding before your period are:

What to do about breakthrough bleeding

It is essential not to be alarmed by the presence of breakthrough Bleeding, but if you must take into account some parameters:

On the other hand, it is essential to go to the specialist in time to perform the physical examination and ultrasound in the presence of Bleeding before the period. However, the reason may indeed be harmless. The doctor must give the certainty of it. The gynecologist must specify what you have to rule out significant ills.

If you want to read more articles similar to Bleeding before period: possible causes, we recommend that you enter our category of Female reproductive system.