Cracks in the nipple can be painful and annoying, so it is better to prevent them, but many factors in both women and men can cause this problem. It is a more common condition in nursing women, but it can occur in anyone and any age.

When the skin of this part of the breast opens and a wound is made, it is necessary to go to the doctor and treat this problem as soon as possible, because sometimes it is difficult to heal well, especially if one of the habits that caused it is not stopped. Therefore, it is imperative to know how to recognize why this condition has occurred and, thus, to remedy it more effectively. Therefore, in this FastlyHealarticle, we will tell you about the possible causes of cracked nipples and the medical treatments and natural remedies.

Causes of cracked nipple while breastfeeding

Lactating women are the most likely to suffer from this condition in the nipples, which can occur in both or only one. A dry and cracked nipple is one of the most common complications during breastfeeding. In addition, at this time in life, it is straightforward to detect the problem shortly after it appears, since breastfeeding women check the condition of their breasts more frequently. But, not only will cracks in the skin be noticed, but there will also be a pain in the nipple in breastfeeding whether the baby is nursing or at other times of the day.

It is imperative to know the reasons that may have produced it to treat this condition as well as possible, but you should always consult with the gynecologist to check the breasts. The cracks in the nipple in infancy may be due to the following reasons:

The baby is not latching on properly.

The poor grip of a baby when breastfeeding and an inferior position of this can cause problems in this part of the mother’s breast. The fact that there is constant friction and that the child does not feed well or we shorten the feeding time will cause cracks in the skin of this part of the breast. The conflict and moisture will affect the skin by irritating it, but there is not a good flow of milk, and the breasts are not entirely emptied between feedings can cause the breast ducts to become blocked. Both situations will cause the skin in this area to suffer injuries and the woman to feel a lot of pain. Also, a lump and reddened skin can be seen in blockage in the ducts.

For the same reasons, if the breast pump is misused, the dermis in this area will be affected to the point of appearing wounds that must be treated as soon as possible.

Disengage the baby without breaking the suction

Separating the baby from the breast without first stopping the sucking motion can damage the skin on this part of the body. In addition to producing conditions such as cracks, this is a bad practice that many mothers find painful, something normal. To release the baby by breaking the suction and thus ensuring you avoid these conditions, you will have to put your little finger between your breast and his mouth and separate it a little by placing your finger between the gums until he stops sucking. This technique can also be used when the little one is poorly grasped, and there is a pain in the breast, positioning the child well so that they are appropriately captured.

As this part of the body is moist for many hours of the day due to breastfeeding, it is a place where bacteria and fungi can quickly reproduce. One of the most common fungi is a yeast infection. Similarly, it is common for mastitis to develop caused by infection by germs and bacteria.

Therefore, it is vital to both ventilate and properly sanitize this area. Having neglected breasts without maintaining good hygiene and ventilation will cause the skin in this area to crack. In addition, not only will the skin of the breast be affected by this lack of care, but the little one will not be able to eat well and can be infected. If any of these situations occur, it is vital to go to the doctor or gynecologist as soon as possible. 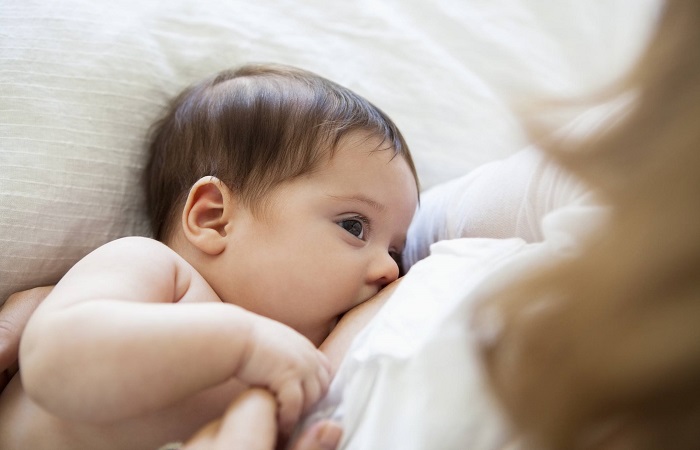 Leading causes of the cracked nipple without breastfeeding

As we have mentioned, this problem is not exclusive to lactating women, so it is also common in women who are not breastfeeding, whether they are pregnant or not. Pain in this part of the body can have many causes, and cracks are one of the main reasons. If you want to know the answer to your question about ” why do I have a cracked nipple ” if you are not breastfeeding, pay attention to the following lines:

We can highlight that this problem can occur in the breasts due to the essential hormonal changes that occur at this stage. But, it can also be caused by the constant friction of clothing, since the breasts are much more sensitive, or by environmental factors such as excess heat and sweat.

Cracked nipple without being pregnant

Indeed, it is also possible to have a cracked nipple without being pregnant or nursing because, as we have mentioned, there are some reasons why this can happen that can also occur outside these stages. For example, hormonal problems such as hypothyroidism, taking hormonal contraceptives that affect you excessively, Paget’s disease of the breast, rubbing against a shirt or bra, excess sweating, among many others. For this reason, it is essential that even if you are not pregnant or breastfeeding, you go to the doctor promptly. 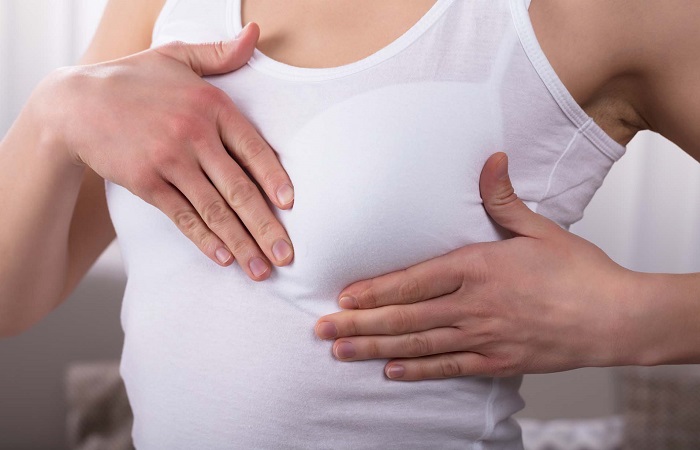 In the case of men, it is also possible that they suffer from this problem at some time in their lives, especially if they are athletes, since the leading cause is usually excessive sweating and friction. This condition is known as a runner’s nipple and begins with slight discomforts such as redness, pain, stinging, and some itching in the nipple just after training.

Sports with inappropriate clothing can cause this problem, but sexual relations in which there has been a lot of friction in this area can lead to minor wounds and cracks if it happens frequently and the necessary care is not taken in this area. In this case, it can occur in both men and women.

But, men can also develop some of the problems mentioned above, both hormonal and non-hormone related. In addition, they can also have nipple cancer and, for all this, even if it looks like a small wound or crack due to the friction of clothing, it is also necessary to go to the specialist.

How to heal a cracked nipple

It is essential to go to the doctor as soon as we notice a wound or crack. The specialist, either the family doctor or the gynecologist, will be able to check the condition of your breasts and diagnose the leading cause.

Thus, medical treatment will depend entirely on the origin of the cracks, so medicine can be prescribed for mastitis, a fungal infection or learn to breastfeed correctly and maintain good hygiene or stop wearing shirts that produce friction. . For this reason, doctors can prescribe antibiotics, antifungals, a lot of hydration and ventilation, among many more options. The treatment to cure this condition, in any case, can only be indicated by a doctor, and their instructions must be followed., especially when it comes to infection. There are also some natural remedies to heal this part of the body, which must be applied directly after cleaning the area and let them act until dry or after 30 minutes before removing them.

If you want to read more articles similar to Cracked nipple: causes, we recommend that you enter our category of Female reproductive system.

Nodules in the breasts: why they come out, types and treatment