Nystatin in ovules: what are they for and how are they applied

Vaginal diseases are a frequent reason for consultation in gynecology: they are caused by fungi and bacteria. Specifically, vaginal infections caused by fungi are treated with nystatin in the presentation of vaginal ovules due to its easy application and direct action on the vaginal mucosa.

According to its presentation, it is used in different body conditions. In this case, nystatin in ovules is used to treat infections at the vaginal level, so we invite you to continue reading this article by FastlyHeal, where you will learn more about nystatin in ovules: what they are for and how they are applied.

What is nystatin in ovules for?

If you wonder what nystatin is for, it is a drug that belongs to the group of antifungals. Its mechanism of action is to alter the permeability of the fungal membrane, thus preventing its growth.

Nystatin in ovules, specifically, is used to treat vaginal infections caused by the Candida albicans fungus, such as vaginal yeast infection and vulvar yeast infection.

It is a vaginal infection caused by Candida Albicans. This fungus forms inside the body; some situations or chemical agents can alter its balance and cause it to increase in the body, causing an infectious process. Candidiasis, in short, is the overgrowth of this fungus.

Some causes of vaginal yeast infection include the following:

This frequently occurs in:

Complete information about this vaginal infection in Vaginal Candidiasis: symptoms, treatment, and prevention.

It is an infection also produced by Candida albicans, located in the genital and perianal area.

It is characterized by the presence of symptoms such as:

It is essential to know what the symptoms of a vaginal yeast infection are to know, in this way, when to go to the gynecologist quickly and thus prevent the condition from progressing much further.

The most common symptoms of vaginal infection are:

In the presence of any of these symptoms, it is indicated to go to your trusted gynecologist, who will make the diagnosis and suggest the appropriate treatment for a vaginal yeast infection.

How to apply vaginal nystatin eggs

The placement of the nystatin ovum is straightforward. You can use your fingers or by using an applicator. To apply a nystatin ovum, the indications recommended by the gynecologist must be followed to guarantee its effectiveness.

Nystatin ovules are applied at night, every day, for approximately two weeks. These indications will vary according to the gynecologist’s assessment and the symptoms you present. 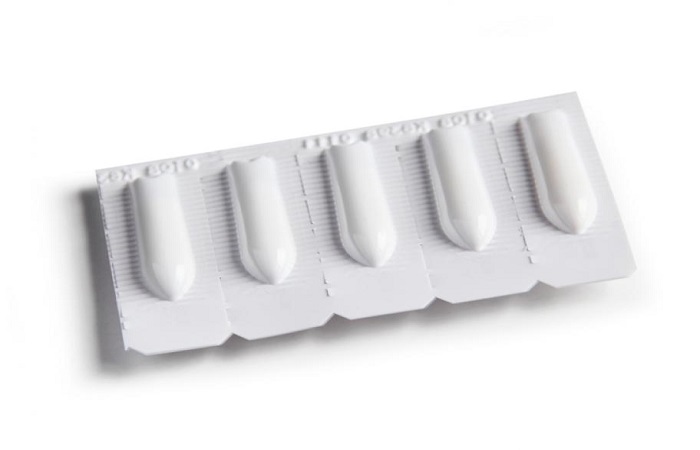 Precautions when applying nystatin in ovules

The following precautions should be taken into account when applying nystatin to ovules:

If you want to read more articles similar to Nystatin in ovules: what they are for and how they are applied, we recommend that you enter our category of Female reproductive system.

Fat pellets on the genital lips: causes and...

Burning in the genital lips: causes and treatment

Balls in the vagina: causes

Lump in the vagina: causes and treatments

How to heal a wound on the genital...

Stinging in the vagina: causes and home remedies

Pimples in the vagina: causes and treatments