What is female circumcision?

Female circumcision, also called female genital mutilation or clitoral ablation, is widespread in various countries, mainly in Africa, Malaysia, Indonesia, and the Arabian Peninsula. However, it is prohibited by the vast majority of countries. . That is why many people may have doubts and not know exactly what it is about.

Female circumcision is a surgical procedure in which a partial removal of a woman’s external genitalia, such as the clitoris or labia minora, is performed. All specialists agree in rejecting female genital mutilation, primarily if it is carried out on girls since it violates their rights, deprives their bodies, and is a dangerous practice. If you want to know more about this traditional process of various communities, in the following FastlyHealarticle, we explain what female circumcision consists of.

Different procedures for circumcision in women

The removal of the female genitalia can follow different procedures and focus only on one structure or cut the folds around it. In general, this practice can be classified into four types:

This last case can be undone using the technique known as defibrillation, in which a cut must be made to eliminate the process carried out previously. In this way, the aim is to reopen the once sealed vaginal opening. 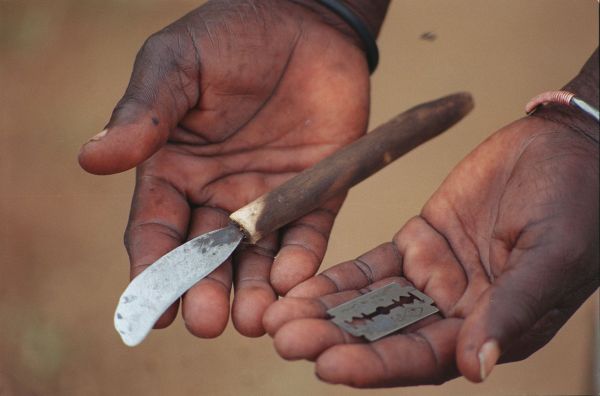 Although many communities perform circumcision in women as something frequent, it is not because of the health benefits it can bring since it does not offer any. Instead, it is the opposite. The main characteristic is the substantial reduction of sexual desires, making them unable to experience an orgasm, so a sociocultural approach is followed without considering the dangers that this mutilation can generate in women.

Likewise, there are several short-term consequences that women face due to the removal of the genitals, whether it is total or partial, among which the following can be highlighted:

While, in the long term, the most frequent complications in women subjected to this genital mutilation are:

Countries where ablation is practiced

Although female genital mutilation or clitoral ablation is closely identified with Islam, the reality is that this practice comes from further afield, being able to go back even to ancient Egypt and, although its origin is not known, it is believed that it could be a species Initiative rite typical of some areas of central Asia. However, it is not only limited to the geographical location of ​​Islam or Africa, and female circumcision is documented on most continents.

The United Nations has made the fight against female genital mutilation one of its priority goals for the next decade. They want to achieve the eradication of this practice before the year 2030. Similarly, the African Union is making significant efforts to end this cruel practice. In fact, in just a few years, the percentages of women who have undergone genital mutilation have dropped dramatically. If we compare women who are 15 to 40 years old, wherein many African countries, the percentage of mutilated women exceeded 90%, and those who are less than that age, we can see that the numbers have dropped a lot.

Despite this, the countries where ablation is most frequently performed are the following:

The percentages indicate the number of girls between 0 and 15 who have undergone female genital mutilation.

Although the reasons why circumcision is practiced in women vary between each region, society, religion, and time that respond to various sociocultural factors, some of the most frequent reasons can be detailed, which are:

If you want to read more articles similar to What is female circumcision, we recommend that you enter our category of the Female reproductive system.

Why does my vagina hurt when I have sex

Why does my vagina hurt when I have...