Home Women's HealthAbortion When do you ovulate after an abortion
Abortion

Abortion is defined as the event in which the pregnancy is interrupted when the fetus is not yet sufficiently developed and cannot live on its own when it is outside the womb. That is, it occurs before 20 weeks. This interruption of pregnancy is classified as spontaneous and induced. It may be due to various reasons, being necessary to carry out studies to determine the cause when it occurs involuntarily.

Whether you want to avoid a new pregnancy or be a mother after not achieving the standard term of the previous one, you must consider when you ovulate after an abortion. In the following FastlyHealarticle, we provide you with the information to clear this and other questions related to the subject.

Fertility after an abortion

In general, an abortion that does not present complications does not become a problem in the woman’s fertility; However, depending on the type of abortion and in what week it occurs, it can carry some risks that compromise the ability to conceive children. Therefore, it is essential always to inform yourself and have professional medical assistance before and after pregnancy.

Suppose it is spontaneous or involuntary abortion. In that case, it is more frequent than it occurs before 12 weeks of gestation. The physical consequences are usually mild such as abdominal pain and bleeding, without it being expected that there is affectation infertility due to this event. While if you suffer an abortion between week 12 to 20, being in an advanced state, in many cases, it is necessary to do a curettage, which is a surgical intervention in which the walls of the uterus are scraped to remove any embryonic tissue that has not been shed. If a trained medical team does not perform it, complications may affect fertility.

On the other hand, for induced abortion or voluntary interruption of pregnancy, you can opt for chemical abortion, which is to ingest pills indicated by the doctor and that is effective in the first eight weeks, or resort to surgical abortion and, depending on the week In which the pregnancy is, the most appropriate procedure can be chosen, such as aspiration, dilation, and curettage or dilation and evacuation.

Currently, surgical procedures for the extraction of the fetus, the placenta, or the remains of embryonic tissue are considered to be of low risk for the reproductive capacity and general health of women if they are performed in a medical center and with trained professionals; However, some risks should be taken into consideration and clear up any doubts with doctors, including: 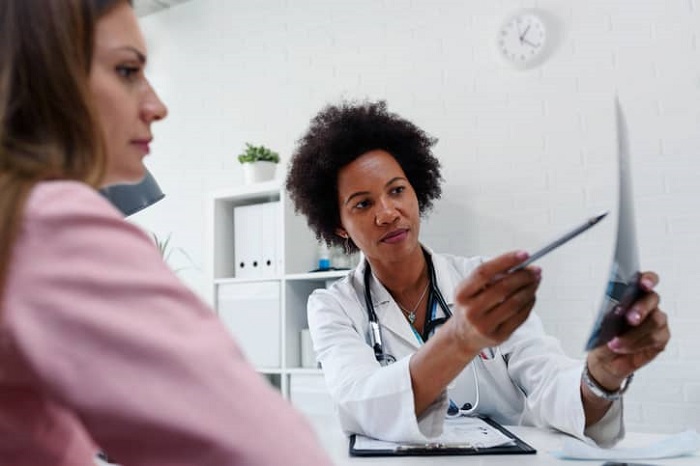 When do you ovulate after an abortion?

When the development of the fetus is interrupted, it is normal for the doubt to arise as to when to ovulate after an abortion, and this depends on some factors, significantly, the type of abortion, in what week it occurred, how long it takes the body to regulate the level of certain hormones and the general health of women.

During pregnancy, embryonic tissue stimulates the release of HCG hormones, which increase progesterone and inhibit the ordinary course of the menstrual cycle. When abortion occurs, with the expulsion of the fetus and placenta from the body, the level of these hormones begins to decline immediately and gradually. As the progesterone concentration returns to the expected story of a non-pregnant woman, the menstrual cycle is restored and thus ovulation, as long as there are no complications or an endocrine problem in the woman.

In general terms, ovulation after an abortion commonly resumes in the first 2 to 4 weeks after such an event. However, cases in which the woman ovulates before two weeks are not rare, and it is still considered normal to initiate ovulation between weeks 5 or 6 after the termination of pregnancy. The time to ovulate again after the abortion is closely related to the week the interruption occurs and whether there were complications.

In the first ovulation after abortion, the body produces a viable ovum. It is possible to become pregnant again, being false that for pregnancy after an abortion, there must be menstrual bleeding first. Therefore, it is necessary to use a contraceptive method immediately if you have sexual intercourse. If you are looking for a new pregnancy, the doctor will likely recommend waiting for 1 or 2 menstrual cycles for physical and emotional recovery in the woman to cause abortion.

Care after an abortion

Although abortion, whether spontaneous or induced, does not pose significant risks if you go to a professional medical center, it is generally accompanied by some symptoms such as heavy bleeding, dizziness, nausea, abdominal pain, and fatigue, which usually disappear in a few days. Therefore, for a speedy recovery and to prevent any complications, the doctor can make a series of recommendations that you must follow, including:

In the following article, you can see more care after an induced abortion that should be considered.

If you want to read more articles similar to When do you ovulate after an abortion, we recommend that you enter our category of Female reproductive system.

How long does bleeding last after a successful abortion?