Difference between gastric and duodenal ulcer

Ulcers are a relatively common problem that affects people of all ages. These are lesions of different sizes and a circular or oval shape that can occur at other points in the digestive system due to an erosion produced in the mucosa by the action of stomach acids. Although it is usually referred to generically as a gastroduodenal or peptic ulcer, the truth is that it is possible to make a distinction between ulcers according to their location.

In the following article by FastlyHeal, in collaboration with Tech, we review the points that help differentiate between the best known: gastric and duodenal ulcers. Tech is a digital university that allows us to expand our knowledge and specialize in different areas after completing the medical degree. They have courses and masters in medicine that can be taken online or semi-presentable.

The first step in understanding the Difference between a gastric and a duodenal ulcer is to know, basically, the digestive system. Thus, the journey that food takes begins in the mouth continues through the pharynx, esophagus, stomach, small intestine, large intestine, rectum, and ends in the anus. The first portion of the small intestine is also called the duodenum. Therefore, the ulcers that form in this location will be known as duodenal. They are the most frequent, and the usual thing is that they appear in the first centimeters. In addition, they tend to be benign and minor in size.

Those whose location is in the stomach are called gastric or stomach ulcers. They are less common and are usually found in their minor curvature. They can be evil.

Causes of gastric and duodenal ulcers

Several causes can be behind the appearance of an ulcer in the digestive system. The most common are the following:

When the origin is stress or drugs, ulcers can appear both in the stomach and the duodenum. The same happens if they are caused by Helicobacter pylori, although, in these cases, it is somewhat more likely that the ulcer occurs in the duodenum.

Another less common cause of ulcer is the tumor known as gastrinoma, which is characterized by secreting gastrin. Gastrin is a hormone responsible for stimulating the secretion of hydrochloric acid. These tumors can also be part of the so-called Zollinger-Ellison syndrome. A high percentage of gastrinomas are related to the appearance of a duodenal ulcer.

Which people suffer from gastric or duodenal ulcer

Gastric ulcers are diagnosed most often in people of both sexes, middle-aged, particularly approximately 50 years. On the other hand, the duodenal ones can appear in slightly younger people, with an average of about 40 years, and are considered a little more frequent in men.

Sometimes the symptoms presented by the affected person can provide information about the location of the ulcer. Thus, although these ulcers, in general, are characterized by causing mild or moderate pain in the abdominal area, depending on whether they are gastric or duodenal, it is possible to differentiate the following clinical signs:

The pain generated by this type of ulcer does not follow any pattern, to the point that some people report discomfort after eating, while others, on the contrary, feel relief when eating food. In addition, when the ulcer affects the area of ​​connection with the small intestine, these tissues can become swollen, making it difficult for food to escape from the stomach into the intestine and causing other clinical signs such as nausea, vomiting, or bloating after eating food.

In this case, it is more common for the pain to appear around mid-morning, within a period between half an hour and three hours after eating. The pain can be relieved with drugs or with food since the stomach acid is neutralized, at least momentarily, since it will appear again in a matter of hours throughout the day. It is also characteristic that it manifests itself at night.

This clinical picture can persist for several weeks, disappear for a while, and come back. Recurrences in this type of ulcer are more frequent.

In any case, both gastric and duodenal ulcers do not present with these symptoms or gastric ulcers that manifest as duodenal ulcers. Some patients report different symptoms. In some, the ulcer is detected because they directly suffer a complication, while others are entirely asymptomatic.

Complications of gastric and duodenal ulcers

A complication that people suffering from an ulcer in the digestive system can suffer is perforation, which occurs when the injury manages to penetrate the muscle wall, creating an opening into the peritoneal cavity. Perforations are usually a complication in duodenal ulcers, less frequent in gastric ones.

On the other hand, hemorrhages are also more associated with duodenal ulcers, as is a penetration of the ulcer into other organs or pyloric stenosis, secondary to duodenal ulcers.

The first step before the appearance of symptoms such as the one described is to rule out the presence of gastric cancer. Afterward, the existence or not of the ulcer is confirmed, and if it is diagnosed, it must be determined if there is also a Helicobacter pylori infection. 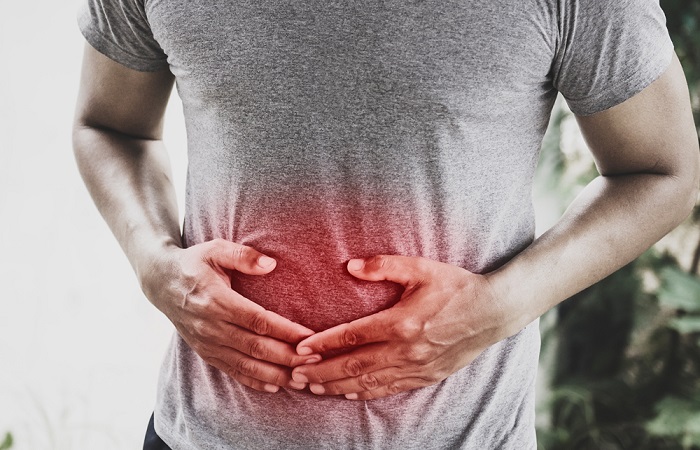 Advances in medicine allow a very reliable diagnosis, mainly thanks to endoscopy, in which sampling is also possible. The main Difference between gastric and duodenal ulcers is that, in duodenal ulcers, being a location in which malignant tumors do not usually develop, a biopsy is not necessary, which is essential in gastric ulcers to rule out or not a Cancer.

Differences in the treatment of gastric and duodenal ulcers

In this regard, some differences can also be established between gastric and duodenal ulcers. When H2 receptor blocking drugs are used, healing is much faster in duodenal ulcers than in gastric ones. The same is true when proton pump inhibitors are used.

In general, depending on the cause of the ulceration, its characteristics, and the evolution of the patient, the treatment may be different if the ulcer is gastric or duodenal. In terms of recovery and follow-up, the breath test is used to monitor the response to treatment of Helicobacter pylori-related duodenal ulcers. Gastric ones, on the other hand, require endoscopic monitoring.

If you want to read more articles similar to the Difference between gastric and duodenal ulcers, we recommend that you enter our Digestive System category.

Symptoms of fructose intolerance in adults